Speaking at the RunwaysUK Surface Access debate on 2nd June, Oliver Mulvey of the Airports Commission Secretariat confirmed that final go-ahead by the government for any new runway would take at least a year following publication of the Commission’s final report after the General Election in 2015.  Planning consent for a new runway is unlikely to come before March 2020 (with an election in May 2020) despite government efforts to streamline the controversial planning process using the Airports Commission. It would take the new government at least a year to produce the necessary National Policy Statement on runways. It might take 2 years to agree the NPS. After that, Mr Mulvey confirmed there are 2 possible routes:  “The first is a planning application under the 2008 Planning Act. The other is the Hybrid Bill route, as for HS2. Both have their own risk and costs associated with them. ….All our dates show the middle of the next decade [2025] as the earliest a new runway could open.” The planning process for a NSIP (Nationally Significant Infrastructure Project) – which a runway would be – is itself a long process.
.
Tweet 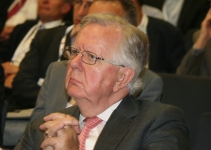 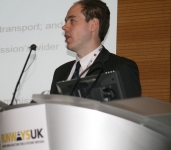 Speaking at the RunwaysUK Surface Access debate this week, Oliver Mulvey of the Airports Commission Secretariat confirmed that final go-ahead for any new airport expansion would take at least a year following publication of the commission’s final report after the General Election in 2015.

“If the government was to decide in principal very quickly that it wanted to act on our recommendation we think that it would take about a year from that decision in principal to produce a national policy statement,” explained Mulvey.

“If the government was to decide in principal very quickly that it wanted to act on our recommendation we think that it would take about a year from that decision in principal to produce a national policy statement,” Oliver Mulvey, Airports Commission

“Following that there are two potential pathways down which to move,” he added. “The first is a planning application under the 2008 Planning Act the other is the Hybrid Bill route. Both have their own risk and costs associated with them. Which is the most appropriate would depend on which recommendation was chosen. All our dates show the middle of the next decade as the earliest a new runway could open.”

The knock on effect, added Pinsent Mason’s partner Robbie Owen, was no planning consent was likely until 2020 at the earliest, pointing out that the on-going Commission work to assess schemes was still very much only a preplanning process.

“If government agrees with the outcome then we will move to the proper planning process,” he said. “And if a national policy statement process was kicked off in, say, Spring or Summer 2016 you might just about get consent for a new runway by March 2020 before the election in May.”

Former transport minister Steve Norris also warned that delaying a decison until after the election was a mistake saying that even if government did decide to act on the advice of the Commission – not due until after the 2015 election – it was unlikely that MPs would be able to approve this policy before the middle of the next Parliamentary term.

“We will see an answer [from government] at the earliest mid-2017,” said Norris.

“The report will not appear until after the election and will then have to be considered by the department,” he added. “It won’t be covered by the 2008 Act and Infrastructure Act requirements so ministers will be able to take as long as the want to make a decision which I suspect means that the earliest it will emerge is the first quarter of the following year. Therefore a decision will not follow at least before the first half of the next parliament.”

“If a national policy statement process was kicked off in, say, Spring or Summer 2016 you might just about get consent for a new runway by March 2020 before the election in May.” Robbie Owen, Pinsent Masons

However, Norris was less certain about whether the Davies Commission process would actually be able to deliver a decision.

Norris described the estuary solution is “a brilliant answer to the wrong question” and said that he feared that expansion at Heathrow could be simply politically undeliverable.

“For any government to agree to further development would expose itself to being indifferent to the environmental problems and the issues around more overflying – it would be a brave government that did it,” he said. “If there is a virtue in the Gatwick proposal it is that it just has more actuals in it and fewer imponderables.”

Mulvey of the Airport Commission set out for delegates the process that was now underway to assess the three shortlisted schemes and determine whether or not an Inner Estuary option should be taken forward for further consideration.

“This is not just about London and the South East. We are trying to find a long term airport strategy that works for the whole of the UK,” he said. “We recognise the importance of London and South East airports and their developed routes network provide support the wider UK transport connectivity. We will be looking for surface access strategies that provide good surface access to London and across the South East but also that have a wider regional dimension.”

My understanding of the likely process for a new runway is that following the Commission submitting their final report in the Summer of 2015, the process could be as follows:

2.  If they are happy with the report, much of the Commission’s work could easily be converted by the Secretary of State for Transport into a National Policy Statement (NPS) on airports with a sustainability appraisal, including a recommendation of where a runway could go (plus reasonable alternatives). And I don’t think people are sure how much consultation would be required bearing in mind the amount of consultation the Airports Commission will have done. So I’m not sure how long this period will take – it could be passed fairly quickly.

3.  The NPS is then subject to parliamentary approval. Once the NPS is finalised and approved it will be the major consideration for any airport NSIP (Nationally Significant Infrastructure Project).

4. So then the airport will submit its planning application officially – and that will probably be more or less ready to go following all of the work done by the Airports Commission (so not clear how much of the pre-application stage will be necessary)

5. This will then go through the NSIP process (which could take about a year):

a). Pre-application – at this point the developer is required to consult on their plans before submitting an application. I think this stage will already have been done during the Airports Commission’s process
b). Examination – this is the formal consultation when you can submit your representations and speak at any hearings (lasts up to 6 months)
c). Decision – Planning Inspectorate has 3 months to write a report for Secretary of State who has a further 3 months to make the decision to give development consent order
d). Following that it is possible to judicial review the Secretary of State’s decision, but as far as I am aware, any challenge at that point cannot be based on the contents of NPS.
.

The alternative approach to the NPS would be a Hybrid Bill (part private, part government) as used in HS2, Cross Rail etc.  And I can see how it can be applied for airports: “The changes to the law proposed by a Hybrid Bill would affect the general public but would also have a significant impact for specific individuals or groups.”

A Hybrid Bill allows for public petitioning against the Bill.  It may be that an NPS would be easier/quicker than a Hybrid Bill to be passed.