Exeter’s airport has been sold by Balfour Beatty for an undisclosed sum to Patriot Aerospace, the aviation division of Rigby Group PLC. Balfour Beatty bought the airport in January 2007 from Devon County Council for £60m.  It employs 305 staff. There are currently flights to about 40 destinations. Rigby Group said the future of the airport’s staff was secure and it hoped to add more routes. Rigby Group  owns Coventry Airport, British International Helicopters, based at Newquay, and a string of hotels. Sir Peter Rigby, Chairman of Rigby Group, said he wanted  to work with Exeter’s main carrier Flybe and also wanted to encourage other airlines to fly from the airport. Flybe sad it “welcomed” the purchase. A few days earlier, Flybe (based at Exeter) reported a a pre-tax loss of £40.7m for the year to 31 March, against a loss of £6.2m the year before (a 7-fold rise). It has had falling numbers of passengers, blaming the cost of jet fuel and the price of APD for domestic flights.  With Flybe in trouble, the airport’s future might become dependent on other developments. 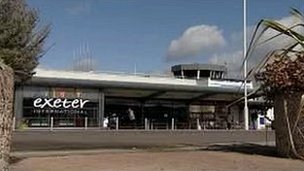 Exeter’s airport has been sold by Balfour Beatty for an undisclosed sum to Patriot Aerospace, the aviation division of Rigby Group PLC.

Balfour Beatty bought the airport in January 2007 from Devon County Council for £60m. It employs 305 staff.

Rigby Group said the future of the airport’s staff was secure and it hoped to add more routes.

Sir Peter Rigby, chairman of Rigby Group, said: “We believe in the importance of regional airports, their value to the local and regional communities, and of their important contribution and place in the local economies.”

The company already owns Coventry Airport, British International Helicopters, based at Newquay, and a string of hotels.

Sir Peter said Exeter International Airport’s existing 40 routes would be protected and he would look to add new ones.

He said he wanted to work with Exeter’s main carrier Flybe and also wanted to encourage other airlines to fly from the airport.

Flybe told the BBC it “welcomed” the purchase.

Founded in 1975, the Rigby Group has interests in technology, aviation, property, hotels and investments. 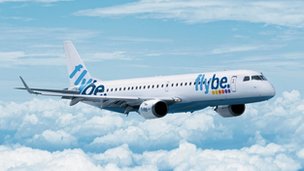 Flybe has been hit badly by rising fuel costs

Flybe has shed hundreds of jobs and is looking sell assets as it attempts to revive its fortunes.

It is selling 25 pairs of arrival and departure slots at London Gatwick to Easyjet for £20m.

The airline has also deferred the delivery of 20 Embraer aircraft, and has agreed in principle to cut its pilots’ pay by 5% in return for extra time off.

“Our results for 2012-13, while expected, are nonetheless disappointing. During the year, we have taken difficult decisions as part of our turnaround plan, which have affected all our people,” said chief executive Jim French.

“Our turnaround plan has involved considerable efforts to reduce the cost base of the business. Inevitably, and sadly, this process has to date involved the departure of around 490 people from the business.”

and the Financial Times  said:

Flybe bullish despite near sevenfold surge in losses

The chief executive of Flybe has insisted that the struggling UK carrier was on track to “reclaim its position as Europe’s leading regional airline”, in spite of reporting a near sevenfold increase in its annual pre-tax losses.

Flybe lost about £4.50 for every seat flown, while its load factor rose 1% 64.1, which is still well below the 85-plus regularly recorded by Ryanair and easyJet.

Balfour Beatty may sell Exeter airport due to financial problems

Exeter airport was sold by DevonCounty Council to the airports group of British infrastructure company, Balfour Beatty, in early 2007. Now Balfour Beatty has started looking for buyers for its 60% stake, according to Sky news. The price is not known. Balfour Beatty has not been doing well in recent years, and they issued their second profits warning in six months, blaming “extremely tough” market conditions etc. The airport has not been doing well. The number of travellers using Exeter Airport topped one million in 2007 but has been falling since then, though the rate of decline has slowed since 2009. In 2012 passenger numbers were down to 697,074, following a drop of nearly 4% in 2011. About 250 people are directly employed by the airport, with a further 50 working at car parks, catering and retail concessions on the site. The remaining shareholding in Exeter airport is owned by Galaxy, a specialist fund which is backed by French and Italian investors and the European Commission.      Click here to view full story…

Exeter Airport sale: Where did all the money go? 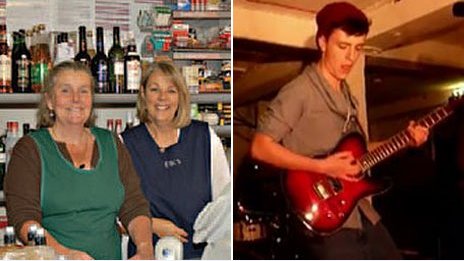 From village shops to music projects, money raised from the sale of Exeter International Airport has helped more than 700 organisations

How is a one-off windfall of £48m spent?

Devon County Council answered that question five years ago when it sold Exeter International Airport to Regional and City Airports Limited for £60m.

After using £12m to pay off bills, the council has handed out the remaining money to more than 700 organisations which requested funding. Amounts ranged from £25 to multimillion-pound investments.

The last of that money has just been spent. So where did it all go?

Council leader John Hart said: “We decided it would be better to disperse it around the county so everybody could benefit.

“It would be over and above what would normally be grant-aid available.

“We’ll never have the opportunity to do this again, realistically. It was a one-off windfall and we have endeavoured to make sure an awful lot of organisations have benefited from it.”

Having owned the airport since the end of World War II, but unable to spend money expanding it, the council wanted to get the most out of it while it could.

Mr Hart said: “The money was at least 50% match-funded, so nearly £100m went into the county on things that people wanted at a time when we were at the height of a recession.

“And what people forget is we’ve kept the building companies busy as well.”

The largest beneficiary of the funds was Haven Banks Outdoor Education Centre which received £5.6m.

The new centre, at the base of Exeter canal, will provide courses in sailing, canoeing, archery and raft-building and replace the old centre on the Quay which is now 25 years old.

Mr Hart said: “The Haven Banks project is going to be a regional if not national leader in watersports.

“The demand for watersports has increased immeasurably over the last few years, so we decided that we would take this one on.”

The grants varied enormously – from Cullompton Community College getting £25 for its Junior World Hovercraft Championships, to Averton Gifford Pre-School which got £63,600 for solar panels and a covered outdoor play area.

Pulse, a music project in Teignmouth, was given £600 to refurbish its community space.

Having gone into liquidation, another music organisation, The Cave, took over and continues to benefit from the refurbished area, which includes a kitchen.

Manager Robin Brown said: “We’re a community rehearsal space for music and I run open nights for bands and try and encourage people in the community to play music and make some noise.

“It’s hugely popular. I wish I could double up every night of the week

“In the daytime it’s getting accessed by those who are unemployed or retired.”

One sector to benefit from the funds were voluntary organisations which Mr Hart said “we don’t normally support” because “we don’t physically have the money”.

East Budleigh Community Shop, operated by 45 volunteers, accepted £12,500 to help get the shop, run by local people for local people, up and running. 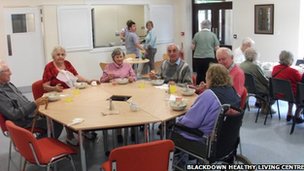 But the shop has done so well it is about to move from a temporary building to a permanent premises double the size of the current one.

Treasurer Paul Smith said: “If we hadn’t got the money it would have taken a lot longer to get started.”

Blackdown Healthy Living Centre received £265,000 for a new building. It is used by many different groups and provides a day care centre largely run by volunteers.

Chairman Paul Steed said: “It wouldn’t have happened without the money.

Even though the pot is now empty, the results of the cash will continue to be seen.

Mr Hart said: “A lot of the money that’s been allocated still has not yet been spent.

“Schemes take longer than you think to get going, so we still have a number of small and large schemes that have got to come into fruition.

“But nobody would ever get that kind of money again.”

The highest and lowest grants