An interesting blog by a PhD student, researching behaviour change and air travel, looks at the problem of unfair competition between low carbon forms of transport – such as rail – with high carbon flying. Depressingly, many overnight sleeper trains across Europe are now being cut.  Due to the tax exemptions of aviation, paying no VAT and no fuel duty, the market for air travel is rigged. This makes low-carbon travel choices uncompetitive and eventually unprofitable, so they are ended. T&E has estimated the industry’s tax exemptions cost EU governments around €10 billion.  It is also the case that those who travel the most, the furthest, or fly first/business class are the most subsidized.  Because of the tax breaks and subsidies, as well as significant economies of scale enabled by the rapid growth of low cost carriers, air fares have become, on average, 1.3 % cheaper every year since 1979 – a third cheaper in real terms than they were 20 years ago. In stark contrast, rail fares have risen, on average, by 1.2% since 1995.  Transport choices are being reduced, and we risk being on a path to flight dependency, with the lower emissions types being priced out of competition.


Blog: Flight-path dependency: How an uneven transport market is killing off green options.

I released a deep sigh last month, when I read that Deutsche Bahn is cancelling night trains on its Brussels-Copenhagen, Paris-Berlin, and Hamburg-Munich lines by the end of this year. I was further saddened to read that the Paris to Barcelona night train – which I took myself a few years ago on a fondly-remembered holiday across Europe – is already a thing of the past, as of last December.

This news not only made me sad but angry. Sad – because sleeper trains are a low-stress, relaxing and green alternative to flying, evoking a certain romance you won’t get with easyjet. Angry – because one can guess the simple reason why sleeper trains are failing: unfair competition from cheap flights. The ‘cheap’ part is probably obvious to you; the ‘unfair’ part perhaps less so.

An excellent recent article by Stefan Gossling, my favourite tourism-sociologist (everybody needs one), persuasively argues that there are several ‘transport taboos’ which policy-makers are reluctant to face up to or even admit.

One of those taboos is that the most energy intensive forms of transport (basically, cars and planes) are the least taxed and the most subsidized. Consider air travel which is, according to figures from DEFRA (which I’ve put into the following graph), the most carbon-heavy form of travel per kilometre. As you can see, flying, [to the right of the chart] particularly domestic flights or first/business class, is particularly carbon-heavy per kilometre travelled. But there is no correlation between carbon emissions and government taxation. In fact the reverse is true. Firstly, there is no VAT chargeable on international flights. This exemption costs EU governments around €10 billion and, because VAT is (or would be) proportional to the ticket price, those who travel the most often, the furthest distances, or fly first/business class are the most subsidized. So the more carbon your flight creates, the more subsidy you get.

Perhaps more surprisingly, there is no tax on jet fuel, nor has there ever been since 1944 – this is the crucial exemption which allows flying to be so cheap compared to other forms of travel. In addition, the air industry receives subsidies and preferential treatment which other industries can only dream of.

Ryanair alone received at least €600 million in government subsidies between 2008 and 2010, mainly to attract them to start new routes (much to the annoyance of rival airlines). As a result of tax breaks and subsidies, as well as significant economies of scale enabled by the rapid growth of low cost carriers, air fares have become, on average, 1.3 % cheaper every year since 1979 – a third cheaper in real terms than they were twenty years ago according to industry figures.

I’m sure most of us can relate to this from personal experience. Booking one month ahead, a return flight from London to Edinburgh is priced at £29.98 return (with, you guessed it, Ryanair), while the cheapest train is £69.30. My comparison is not entirely scientific, but I’m sure it’s not entirely unrepresentative. Have you ever wondered why it costs more and more to fill up your car, take a train or coach, yet air tickets remain cheap? It appears that through uneven regulation and taxation, the market is rigged in aviation’s favour. This kind of inequity should offend an economic liberal as much as any tree-hugging greenie.

In terms of climate change, all this matters because air travel is widely predicted to triple or even quadruple in terms of air passenger miles by 2050 (compared to 2005), with a similar rise in carbon emissions.

Technological innovation simply cannot keep up. Ed Davies, the UK Energy Secretary, said this week that “If you look at the future of flight it is possible to imagine, with technological innovation, that we have zero-carbon flight in the future”. And he’s right of course: it is possible to imagine it, just like it’s possible to dream of teleports and hoverboards. But as recent research by Matt Grote shows, along with many other studies, that low-carbon air travel remains a distant dream, and zero-carbon air travel a fantasy. One need only look at Boeing’s order book to see that jumbo jets like the 747 series, first produced in 1968, are going to be made and sold until at least 2030. 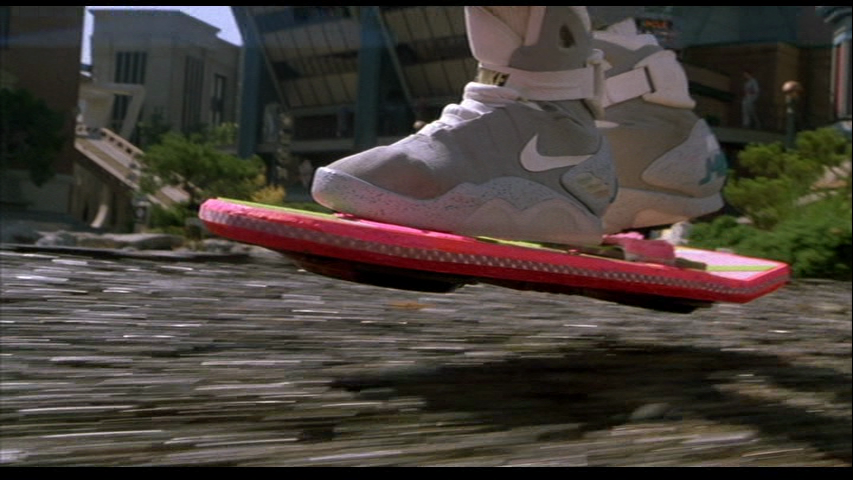 If you just imagine hard enough, you can have one for christmas.

As we can see by the closure of sleeper train routes in Europe, not only does this rigged market make high-carbon travel choices more likely (because flying is cheaper), it actually stops low-carbon travel choices from surviving at all, by making them uncompetitive and eventually unprofitable. Thus, path dependency – or flight-path dependency, if you will – becomes increasingly irresistible.

Of course, there are moves in the opposite direction. In particular, China’s government is investing heavily in high-speed rail, here the UK is following suit with HS2. Research by      Fu et al shows that when high-speed rail journeys are 4 hours long or less, this is the ‘tipping point’ at which passengers will choose rail over air travel for the same journey.

One encouraging example of this was in 1992, when HSR was introduced to Spain on the Madrid-Seville route, and the rail share of the total rail-and-air market increased from just 21% in 1991 to a huge 82% in 1993. But simply providing greener travel alternatives will not necessarily mean people use them. Prices have to be competitive to wean people away from flying and this is where governments have a responsibility to end aviation’s easy regulatory ride and even out the transport market.

As the People’s Climate March and the recent UN climate summit in New York reminded us, climate change requires urgency, not only at the level of states and big emitters, but also at the level of individual consumption. We need to get into green habits sooner rather than later. Governments need to facilitate such habits by leveling out the transport market and ending the crazy situation where the most polluting forms of travel are also the cheapest.

*Domestic travel: between two UK airports, Short-haul: <3700km, Long-haul: >3700km. Flying emissions calculated including Radiative forcing (RF), a measure of the additional environmental impact of aviation. These include emissions of nitrous oxides and water vapour when emitted at high altitude.