The Airmiles reward scheme is being relaunched and customers face having to pay
taxes and charges. The scheme operated by BA and Iberia (owned by IAG) can no
longer afford to give free flights on Airmiles points, as the airlines would have
to pay the Air Passenger Duty. So now the frequent fliers have to pay their own
APD, fees and other charges, which could amount to around £30 to European destinations, £300 to New York and £500 to Australia. 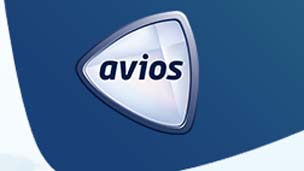 The new scheme is the result of the merger between BA and Iberia.  The Airmiles reward scheme is being relaunched on Wednesday, but customers face having to pay taxes and charges.

The loyalty scheme, with two million members saving points awarded by various
retailers, has been rebranded as Avios after 23 years in operation.

Free BA flights have been in place for those with enough points since 2008 but
Airmiles said rising passenger duty had made this impossible to continue.

The relaunch came as the result of BA’s merger with Spanish airline Iberia.

Members of Airmiles, BA Executive Club, and Iberia Plus – a total of around eight
million people – will now all come under the Avios reward scheme umbrella.

The name was changed because IAG – the parent firm of BA and Iberia – does not
own the Airmiles name globally.

Members can still redeem their Airmiles points by booking over the telephone
until 15 December, but otherwise deals will be offered under the terms and conditions of Avios.

Many destinations will see a direct equivalent of points required for a flight,
although a trip to New York will require fewer, and Paris more.

However, passengers now face having to pay taxes, fees and charges which could
amount to around £30 to European destinations, £300 to New York and £500 to Australia.

Unlike with Airmiles, the Avios scheme allows passengers to use points for one-way
flights and some flights in and out of different airports.

As well as frequent fliers, points can be collected from stores and services
including Tesco, Lloyds, and Shell.

The British Airways loyalty program Airmiles is to be reborn on Wednesday as
‘Avios’. The change comes as a result of BA’s merger with Spanish carrier Iberia in January,
which formed International Airlines Group (IAG), the parent company of both airlines.
IAG officials said the Airmiles name was changed because it does not have name
rights for Airmiles worldwide.

From Wednesday all BA Executive Club and Airmiles customers, in addition to members
of Iberia Plus, will be combined into a single group of Avios customers. IAG said
this will total to about 8 million members.

Current Airmiles balances are being converted into Avios credit via a rate of
1 to 10, meaning a customer with 900 Airmiles will get 9,000 Avios points.

The new scheme will also entail a new set of rules, most notably one that will
require passengers to pay for APD taxes associated with award tickets. Previously,
Airmiles customers have been able to book award flights free of such charges but
IAG has said that further government increases to APD rates has made issuing free
flights impossible.

Among other changes from the previous scheme, Avios will allow customers to book
one-way and some multi-city award travel. However, each ticket will entail government
imposed APD taxes, which can cost up to £500 for long-haul destinations

see back in September

Airmiles to charge customers up to £600 for ‘free’ flights

Millions of air passengers face being charged hundreds of pounds in taxes and
fees after a change to a major loyalty scheme offering so-called ‘free flights’.

The overhaul of the popular Airmiles reward programme means customers claiming
flights with their miles will have to pay all air and fuel taxes on their trips.

End of an era: Airmiles passengers will no longer be able to claim free flights

Airmiles, which is rebranding to become Avios in November, said the change in
regulations is due to increasing costs.

Andrew Saffield, managing director of the Mileage Company, which owns Airmiles,
told TravelMail: ‘Unfortunately it has been untenable for us to be able to completely
subsidise the flights. We had been unique in offering that.

‘But taxes and fees have increased a great deal, so customers will have to pay
money on top of their points.’

‘What was previously seen as a fantastic free perk may lead to some members deserting
the new Avios scheme for other loyalty programmes,’ he said.

‘In this tough economic climate, the Airmiles programme probably provided a lifeline
to some cash-strapped travellers, enabling them to enjoy cheaper travel.’

However, he added: ‘Airmiles customers have enjoyed a great deal for a long time
now, but it was inevitable that the programme would have to move more in line
with the industry norm.’

Shake-up: The changes to the rules will affect 2.2 million Airmiles members

The overhaul of the Airmiles offer was prompted by the merger of BA and Iberia
to create the International Airlines Group, which owns the scheme.

The revamp will affect 2.2million Airmiles customers, who will receive letters
informing them of the change over the next two weeks.

They will then be given until December 15 to use their airmiles for free flights
before the new scheme is introduced.

Mr Saffield said: ‘We have had a very balanced reaction from our engaged customers.

‘They are obviously disappointed to lose the free flights, but they understand
that the situation is untenable, we are trying to be very open and clear about
that.

‘We have also made some positive changes which have been welcomed by customers,
such as abolishing surcharges for those flying from regional airports and including
one-way flights in the scheme.’

Out with the old: Airmiles has placed information about the changes and rebrand
on its website

Airmiles also said 87 per cent of customers use their reward miles to purchase
flights to Europe, so it has introduced a £27 flat fee for European flights, which
works out as less than the tax they would pay.

The new rules will also affect 2.1 million BA Executive Club members and 1.1
million people who have Iberia Plus membership.

However, these customers were already charged the taxes on the flights they bought
with miles, so will just see the changes to European flight costs and new regulations
about one-way flights and regional fees.

Under the new scheme, each Airmile is to convert to 10 Avios points. Customers
will continue to be able to accrue points by spending with other brands including
Tesco, Lloyds TSB and Shell.