Rich and famous etc get to Olympics by private jet, then by helicopter to Battersea Heliport

As the Olympic and Paralympic games get under way later this month, armies of wealthy, powerful or famous people will be flocking to London, only to find they will have to rub shoulders with the great masses.So Battersea heliport is going to be making money out of the desire of the posh to travel in helicopters. Not only will the famous, the heads of state, and the rich be arriving by private jets at small airports near London, such as Farnborough, Oxford, or Biggin Hill, they are then to be rushed from there by helicopter to heliport. The helicopters on offer are luxurious affairs, some with fewer seats than some large cars, others much larger. Making matters more complex for the helicopters, however, is the way much of the airspace will be closed for non-essential travel while the games are on.  There will still be a lot of extra helicopter noise, to be suffered by the many, during the Olympics, for the privileged travel of the few.

Helicopters to aid wealthy visitors to the London 2012 Olympics 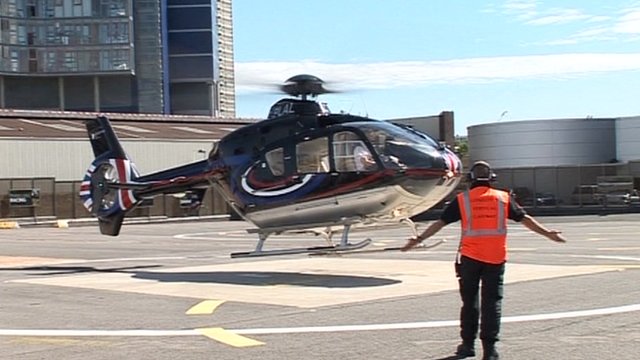 Olympic VIPs will be coming into London by helicopter

As the Olympic and Paralympic games get under way later this month, armies of wealthy, powerful or famous people will be flocking to London, only to find they will have to rub shoulders with the great masses.

The organisers have gone to great lengths to arrange transport for the so-called Olympic family, the key sponsors and visiting heads of state to make sure they get to and from the events in style.

“But if you’re not one of the lucky few who can use those BMWs and those red lanes, you’re going to have to use public transport,” says James Dillon-Godfray, business development director with the Barclays London Heliport in Battersea.

As such, the games offer both an irresistible attraction and a major inconvenience for people not used to queuing.

For Mr Dillon-Godfray, on the other hand, the games offer a once in a lifetime business opportunity. 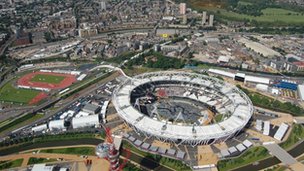 “We’ll get a lot of international VIPs and celebrities, but also a lot of foreign dignitaries coming to the country.

“There are something like 150 heads of state coming to the United Kingdom for the Olympic period. A number of them will be coming through here, no doubt.” 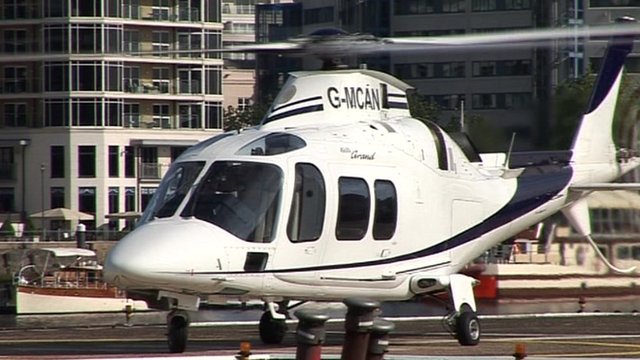 James Dillon-Godfray, Battersea Heliport director explains how they will cope with the Olympic traffic

Throughout the games, the helicopters will be shuttling the privileged to the heliport in Battersea.

Flying above the sprawling city offers clear views of the congested streets below.

But this is not where the helicopter passengers will be heading.

Instead, for the last leg of the journey, many will travel down the Thames to the Olympic site, aboard luxurious boats.

“That’s not necessarily the fastest way of getting there, but certainly the most reassuring in so much that it’s a guaranteed travel time, no congestion, no traffic, and a very sophisticated, civilised way of getting to the stadium,” Mr Dillon-Godfray says.

For Mr Dillon-Godfray, the opportunity offered by the games is not without challenges, however.

London only has one licensed heliport, so those travelling to the games will have to fit in among many of its regular users – including police and ambulance helicopters.

“As you would expect, any security or public service operation will have priority over any other activity during the Olympics,” he says, though as the heliport is able to handle some 160 flights a day he does not expect any major problems with regards to capacity. 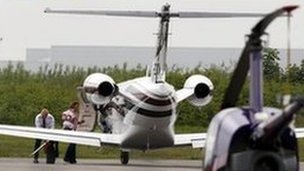 Making matters more complex, however, is the way much of the airspace will be closed for non-essential travel while the games are on, hence many helicopter flight plans might be rejected.

This has caused concern for some in the world of aviation.

Mr Hampton reckons there are some 100 private helicopter landing pads within 60 miles of central London, in the grounds of luxury hotels or private mansions, as well as in golf or polo clubs.

Many of these will face severe flight restrictions during the games, so rather than benefiting from the Olympics, Mr Hampton fears his business might actually suffer as a consequence.

“Regular clients who have used us for years might resort to other means of transport, and some of them might think they’re not so bad, so there is the risk that they won’t come back after the games,” he says. 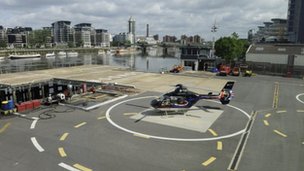 Mr Hampton’s concerns are not shared by manufacturers such as Eurocopter, AgustaWestland or Sikorsky, which will be showing their wares at the Farnborough air show next week.

Business aviation, including demand for helicopters, took a hit during the global recession, but the market for civilian helicopters has recovered according to Eurocopter’s chief executive Lutz Bertling.

Last year, the leading manufacturer, which says it commands a 43% share of the civilian market, saw its revenues rise 12% to 5.4bn euros, with civilian helicopters making up some two thirds of its total production.

And as the growth in global demand for civilian helicopters is set to rise in the years ahead, while military budgets are shrinking, the civilian market should be larger than the military market by 2025, Eurocopter forecasts.

This is music to the ears of the heliport’s Mr Dillon-Godfray.

“Helicopters are absolutely essential for joining up different parts of the country in the most convenient way possible,” he says.

At least, that is, for some.

This year’s Farnborough airshow will be open for the industry from 9-13 July, then for the general public on 14 and 15 July

Many of those using private jets at small airports like Farnborough and Biggin Hill, as a matter of course, have a helicopter waiting to whisk them off to their next destination. Or sometime a Rolls Royce.