A report has been produced by the All Party Parliamentary Group on Aviation, looking at the effect of APD and the economic impact of aviation in the UK. It said efforts should be made “to ensure the UK retains and grows hub capacity” at Heathrow or a new purpose-built hub airport.  It is very much a report from the point of view of the aviation industry.  It is important to stress that this is not a formal select committee of Parliament.  It is just a group of MPs who are enthusiastic about aviation.  It has no official standing.  By contrast, the official Parliamentary Select Committee on Transport will start an investigation into aviation in September, and that is the report people will take seriously.  One of the APPG report’s many pro-aviation-expansion recommendations is that the “Government develop a comprehensive growth strategy for aviation that addresses all “barrier” issues in a coherent and consistent manner.” With little regard to environmental constraints on growth.


Details of this “All Party Parliamentary Aviation Group” are at

This includes its membership (Chair is Brian Donohoe; Vice Chair is Anne McIntosh; Secretary is Mark Pritchard).  It is an All Party Parliamentary  Subject Group (APPG) – it is not an official committee.  Its purpose is stated as:  “To encourage interest in aviation and to arrange meetings and briefings on aviation issues with airlines, airports, the Civil Aviation Authority, trade unions and other relevant organisations and individuals.”   MHP Communications (a consultancy) acts as the group’s secretariat.

APPGs have no formal place in the legislature, but are an effective way of bringing together parliamentarians and interested parties. APPGs allow campaign groups, charities, and other non-governmental organisations active in the field to become involved in discussions and influence politicians. Details on APPGs 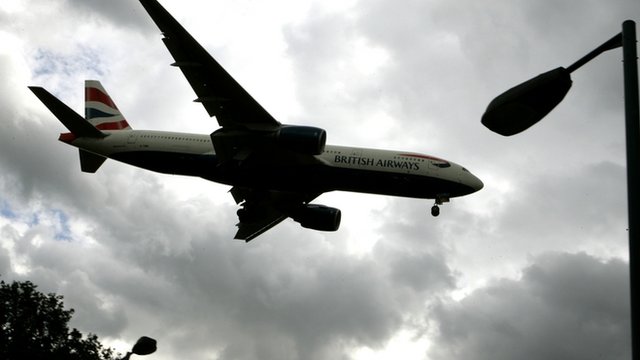 George Osborne: “We are absolutely clear we do need additional airport capacity”

The restriction of capacity at Heathrow is harming the UK’s economic potential, a group of MPs has said.

A report by the All Party Parliamentary Group on Aviation said efforts should be made “to ensure the UK retains and grows hub capacity” at Heathrow or a new purpose-built hub airport.

It comes as the government rejected calls for a third runway at Heathrow.

Chancellor George Osborne said the government understood there was a need for additional airport capacity.

On Tuesday, Transport Secretary Justine Greening said the government remained opposed to a third runway at Heathrow, despite calls from Conservative MPs for a change of heart.

The coalition agreement between the Conservatives and the Liberal Democrats rules out any expansion of Heathrow before the next election, while Labour also currently opposes the idea of a third runway at the UK’s largest airport. 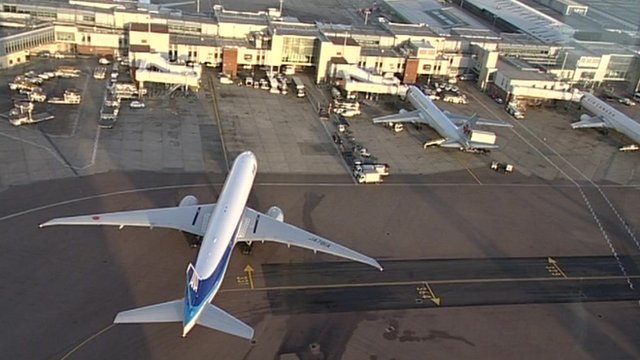 How vital is the future of Heathrow to the UK economy?

But a consultation on future air capacity in south-east England has twice been delayed amid reported divisions within the coalition and Conservative ranks.

The chancellor said more airport capacity was needed in the south east but exactly where “is not a decision you can make right here, right now”.

“Over the next few months we will be talking to people about where that capacity should be,” Mr Osborne said.

The All Party Aviation Group, which brings together MPs from across the parties with an interest in aviation but has no formal parliamentary role, said the UK was being left behind on aviation capacity.

It has taken evidence from 60 organisations and its chair, Labour MP Brian Donohoe said the findings “advocate a new direction for UK aviation”.

He said: “In order to achieve the greatest possible economic and social contribution from aviation, we need two things from government: a forward-looking aviation policy that allows for aviation growth; and a new approach to the taxation of aviation.

“Combined, a new approach could not only energise the sector but also provide a firm foundation for the UK’s economic recovery.

“In common with all other sectors, aviation must continue to address its carbon emissions and environmental impacts. It has already achieved significant improvements but can and must do more.”

The group, which received advice and administrative assistance from the Fair Tax on Flying campaign – an alliance of more than 30 travel organisations who think tax on air passengers is too high – said Airport Passenger Duty is “a barrier to inward business”.

The government should undertake an economic analysis of the impact of the tax “on growth and employment,” the MPs said.

A government spokesman said: “The UK is currently one of the best-connected countries in the world, but does face a capacity challenge in the medium term, especially in south east England.

“It is this challenge that government will seek to address in its call for evidence later this year.”

He added: “The government is firmly committed to ensuring aviation in the UK remains affordable and will continue to monitor the situation to ensure the industry is able to compete in international markets.”

John Stewart, Chair of HACAN, commented on the APPG report: ”As expected, this report is written from the point of view of the aviation industry.  It is important to stress that this is not a formal select committee of Parliament.  It is just a group of MPs who are enthusiastic about aviation.  It has no official standing.   It is not surprising they don’t like anything that stands in the way of airport expansion.  It would be like the All Party Beer Group going tea-total.”

He added: “The official Parliamentary Select Committee on Transport will start an investigation into aviation in September.  That is the report people will take seriously.”

A group of MPs has called for an interim solution to be found to increase capacity at Heathrow to plug the gap while plans for a long-term hub airport are considered.

The All Party Parliamentary Group on Aviation said that capacity constraints at Heathrow were already “restricting the UK’s economic potential” in its Inquiry into Aviation Policy and Air Passenger Duty report published today.

“The UK’s hub airport is a nationally strategic asset that should by supported by the government,” said the report. “All efforts should be made to ensure the UK retains and grows hub capacity, whether that entails further capacity at Heathrow, or a new purpose-built hub airport.”

The group said that while this debate on a long-term plan is going on, there should be an “immediate interim solution” looking at ways to increase capacity at Heathrow including the lifting of some flight restrictions and the possible use of nearby RAF Northolt.

It recommends that the government should carry out “a full assessment of the impact of mixed mode use of Heathrow’s runways and of using the existing runway at Northolt more effectively”.

Mixed mode flying involves using both of Heathrow’s runways for landing and taking off at the same time. Air traffic controller NATS estimates that using mixed mode and easing night restrictions would increase Heathrow’s capacity by 15 per cent but this would be unpopular with residents living under the flight path in west London.

The MPs also recommend that Heathrow’s 7,000 private business flights per year could be moved to Farnborough to create capacity for more services to UK regions which have lost their services to Heathrow and also the introduction of new long-haul flights to emerging nations including the BRIC countries.

“This will help to mitigate the capacity constraints currently being felt at the UK hub, and allow the UK to maintain its global leadership in aviation until a long-term aviation policy and runway capacity solution is reached,” said the report.

The government is due to release its consultation document during the autumn into how to increase air capacity in the south-east but this process has been twice postponed this year amid reports of fierce disagreements over Heathrow’s third runway.

Government policy is still against any third runway at Heathrow – a point emphasised by both transport secretary Justine Greening and deputy prime minister Nick Clegg yesterday.

The MPs group is also calling for an “economic analysis” to be carried out on the impact that APD is having on UK growth and employment which should report to the Treasury before next year’s budget in March.

“There was some statistical and considerable anecdotal evidence received regarding UK residents and overseas visitors changing their itineraries in order to avoid APD, with many increasingly routing via Amsterdam,” added the report.