Amber Rudd has been appointed Parliamentary Private Secretary to George Osborne. Her brother is a very successful and influential PR man, who was ranked in March as the most powerful PR professional in the country. “This is Money” commented last year that: in 2010 he “enjoyed a £2.9 million salary. His clients include controversial commodities trader Glencore, Spanish-owned airports operator BAA, BSkyB and Vodafone.”  For BAA he campaigned for a third runway at Heathrow. Amber Rudd has expressed her enthusiasm about a Thames estuary airport.

Amber Rudd (MP for Hastings & Rye)  has been named the new right-hand woman to the Chancellor.

She has been appointed the new Parliamentary Private Secretary (PPS) to George Osborne.

Ms Rudd said: “I am thrilled. I will be working closely with George Osborne, going to Treasury meetings and making sure he knows what MPs are thinking.

“My role will be to liaise between the Secretary of State and House of Commons.”

A PPS is appointed by a minister to act as an unpaid assistant.

It is often seen as a stepping stone towards an MP being given a junior minister or cabinet post.

“These are some of the brightest and the best of the Conservative Party and their appointments are testament to their hard work and dedication.”

http://www.hastingsobserver.co.uk/news/local-news/amber-rudd-mp-in-new-role-with-chancellor-1-4255204
.
But
.
She is the younger sister of the PR executive Roland Rudd,
.

Roland Rudd has been named as the UK’s most powerful PR professional in 2012, following research by PRWeek. 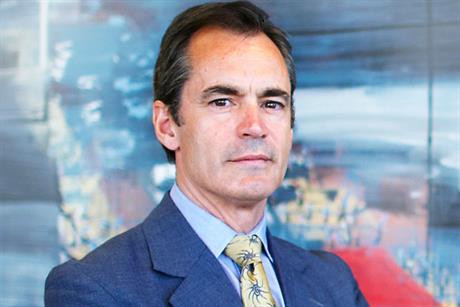 High-level connections: Roland Rudd tops the PRWeek Power Book list
The boss of RLM Finsbury was praised not only for his client and business success, but also for his high-level connections in both the business and political spheres. City AM deputy editor David Hellier told PRWeek: ‘Rudd has the best network of bankers and industrialists in the City.’

Rudd just edged last year’s top-ranked Matthew Freud, whose influence may have been challenged by the decline of the ‘Chipping Norton set’.

LOCOG/London 2012’s director of comms and public affairs Jackie Brock-Doyle’s first appearance in the top 10 reflects the importance of her job as London 2012 creeps ever closer.

Jenny Grey’s recent promotion to the top government comms tsar has also propelled her into the table. The Independent’s Whitehall editor Oliver Wright said: ‘She has successfully navigated the transition from Labour to the coalition, helping to draw up the Government’s new comms strategy with the abolition of the COI.’

The research was carried out over the past month, involving editors, specialist correspondents and fellow communicators, timed to coincide with the launch of PRWeek’s Power Book 2012.
http://www.prweek.com/uk/news/1124444/roland-rudd-uks-powerful-pr-professional-2012/

From This is Money

“a campaigner for the third runway at Heathrow (Finsbury acts for British Airports Authority).”

02 March 2009
The revelations this weekend (1) about the close relationship between the Trade Secretary Peter Mandelson and Roland Rudd, the man who heads up Finsbury Ltd, the PR firm which represents BAA, have raised further questions about the part BAA played in persuading the Government to give the green light to a third runway at Heathrow.

.
March 2009, Plane Stupid protester Leila Deen threw green custard over Business Secretary Lord Mandelson at a low carbon summit hosted by Gordon Brown in protest at the frequent meetings between Roland Rudd, who represents airport operator BAA and Mandelson and other ministers in the run-up to Labour’s decision to go ahead with plans for a third runway at Heathrow.[68]

Amber herself seems an enthusiastic supporter of a Thames estuary airport.

Osborne’s new PPS, Amber Rudd, is sister of Roland Rudd who heads up Finsbury Communications, which is running the campaign for a 3rd runway