US Senate votes to shield US airlines from EU ETS

The US Senate unanimously passed a bill on Saturday 22nd September that would shield US airlines from paying the EU ETS.  The Senate approved the bill in a scramble to complete business ahead of the Nov. 6 congressional and presidential elections. The message was that the EU “cannot impose taxes on the United States.” It is being spun that the ETS is a way of the EU “paying down European debt through this illegal tax” and the money should instead be”investing in creating jobs and stimulating our own economy.”  There was backing from both parties.  The House of Representatives has passed a similar measure, and could either work out differences with the Senate’s version or accept the Senate bill when Congress returns for a post-election session. The Senate bill gives the US transportation secretary authority to stop US airlines from complying with the ETS. The bill increases pressure on the ICAO to devise a global alternative to the EU ETS.


Senate votes to shield US airlines from EU’s carbon scheme

(Reuters) – The Senate unanimously passed a bill on Saturday that would shield U.S. airlines from paying for their carbon emissions on European flights, pressuring the European Union to back down from applying its emissions law to foreign carriers.

The European Commission has been enforcing its law since January to make all airlines take part in its Emissions Trading Scheme to combat global warming, prompting threats of a trade fight.

The Senate approved the bill shortly after midnight, as it scrambled to complete business to recess ahead of the Nov. 6 congressional and presidential elections.

Republican Senator John Thune, a sponsor of the measure, said it sent a “strong message” to the EU that it cannot impose taxes on the United States.

“The Senate’s action today will help ensure that U.S. air carriers and passengers will not be paying down European debt through this illegal tax and can instead be investing in creating jobs and stimulating our own economy,” Thune said in a statement.

Democratic Senator Claire McCaskill, the measure’s other chief sponsor, said, “It’s refreshing to see strong, bipartisan support for the commonsense notion that Americans shouldn’t be forced to pay a European tax when flying in U.S. airspace.”

The House of Representatives has passed a similar measure, and could either work out differences with the Senate’s version or accept the Senate bill when Congress returns for a post-election session.

Clark Stevens, a White House spokesman, said the administration is reviewing the bill. The State Department did not immediately respond to a request for comment.

So far, nearly all airlines have complied reluctantly with the EU law, but Chinese and Indian carriers missed an interim deadline to submit information required under it.

China earlier this year threatened retaliation – including impounding European aircraft – if the EU punishes Chinese airlines for not complying with its emissions trading scheme.

The dispute between China and the EU froze Airbus purchase deals worth up to $14 billion, though China signed an agreement with Germany for 50 Airbus planes worth over $4 billion during Chancellor Angela Merkel’s visit to Beijing last month.

The Senate bill gives the U.S. transportation secretary authority to stop U.S. airlines from complying with the EU law.

But a new amendment agreed to during negotiations among lawmakers said the secretary could reconsider the prohibition if the EU trading scheme is amended, an international alternative is agreed to, or the United States implements its own program to address aviation emissions.”

The bill increases pressure on the U.N. International Civil Aviation Organization (ICAO) to devise a global alternative to the EU law.

Connie Hedegaard, the European Climate Commissioner, said on Saturday that while the bill encourages the United States to work within the U.N. organization for a global deal on aviation emissions, she is skeptical that Washington will accept such a deal.

“It’s not enough to say you want it, you have to work hard to get it done,” she told Reuters on Saturday. “That means that the U.S. needs to change its approach in ICAO and show willingness to actually seal a meaningful global deal that will facilitate action.”

Annie Petsonk, a lawyer for the Environmental Defense Fund, said the bill will pile pressure on the U.N. body, which has been working on a global framework for years.

“Passage of the Thune bill amps up the pressure on ICAO to move swiftly to reach a global agreement on addressing aviation’s global warming pollution,” she said.

Interesting amendments to Thune bill:US to pursue global approach.Agreed.This means that a different US approach @ICAOwld be most welcome!

ICAO ….is in the process of weighing three market-based approaches for its members to take to help them cut their greenhouse gas emissions.

It is expected that the ICAO will have a draft plan by March 2013, rather than the end of 2012 as had been previously thought.

The global system must approved by ICAO’s 191 members at its autumn 2013 assembly.

…. See more below or at link

The U.S. Senate on Saturday passed a bill that could see the country’s airlines snub the European Union’s controversial plan to charge carriers for aircraft emissions on flights to and from the region.

The passage of the bill sponsored by Sen. John Thune (R., S.D.) joins similar legislation passed by the House of Representatives last year, and raises the prospect of the U.S. following other countries in either withdrawing from the plan introduced in January or taking retaliatory action.

Opponents of the EU plan claim it distorts competition and should be ditched in favor of a global effort to reduce greenhouse-gas emissions from aircraft brokered through the International Civil Aviation Organization, a branch of the United Nations.

Congressional leaders have yet to decide how to reconcile the two bills, though a person familiar with the situation said House lawmakers are comfortable enough with the Senate version to use it as the basis for sending a bill to President Barack Obama to sign.

The Senate bill would allow the U.S. transportation secretary to prohibit the country’s carriers from complying with the EU plan. An amendment added to the Senate bill—which passed unanimously—would require that prohibition to be reconsidered if the EU amends its plan or the U.S. introduces its own measures—or if progress is made through ICAO.

The trade group representing the largest U.S. airlines on Saturday welcomed the Senate vote, having unsuccessfully tried to block the EU’s move in court and repeatedly called on the Obama administration to take legal action through ICAO.

“Congress has spoken—U.S. airlines should not be subjected to this illegal scheme that amounts to little more than a cash grab for the European Union as none of the funds collected are required to be used for environmental purposes,” said Nick Calio, president of Airlines for America.

U.S. and most other international airlines have complied with the EU plan by supplying flight information to European regulators that would be used to calculate carbon charges. Some have also bought tradable carbon credits.

More than 40 countries have banded together to lobby against the emission plan, and a few—notably China and Russia—have taken limited retaliatory action by, for example, slowing approvals for flights and aircraft orders.

The EU commissioner for climate action, Connie Hedegaard, wasn’t immediately available for comment. However, she said on her Twitter feed that the Senate bill had “interesting amendments” that pointed to greater U.S. willingness to work through ICAO, a position she welcomed. 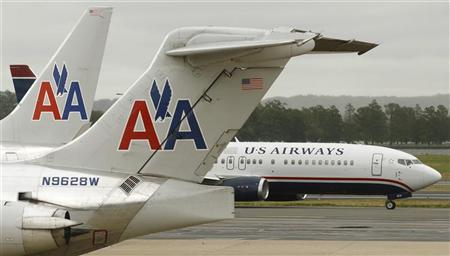 (Reuters) – The U.S. aviation industry urged President Barack Obama on Monday to file a U.N. action to stop the EU from forcing foreign aircraft to pay for their carbon emissions ahead of a U.N. meeting that will try to make progress on a multilateral solution to the ongoing aviation row.

Nineteen aviation industry groups called on the president to initiate an Article 84 proceeding in the U.N.’s International Civil Aviation Organization ICAO.L, whose governing council will convene from October 29 to November 6.

“An Article 84 action will prompt, rather than impede, agreement and implementation of a global framework for addressing aviation greenhouse gas emissions,” the groups, including the U.S. airline organization Airlines for America, wrote in their letter to Obama.

The letter said the body “has a proven track record of efficiently handling an Article 84 dispute while simultaneously advancing new environmental standards.”

An Article 84 proceeding is a dispute mechanism available to ICAO’s 191 member states, which would give ICAO’s governing council the authority to decide on disputes that cannot be resolved between states.

Environmental groups and ICAO’s Secretary General Raymond Benjamin have said they oppose the time-consuming action because it could undermine efforts by the body to devise a common plan.

ICAO has been under pressure to devise a global alternative to the European Union’s carbon cap-and-trade system due to strong opposition from the United States, China and other nations, but the process has been slow.

It is in the process of weighing three market-based approaches for its members to take to help them cut their greenhouse gas emissions.

Benjamin told Reuters earlier this month that he expected the council to have a draft plan by March 2013, rather than the end of 2012 as had been previously thought.

The global system must approved by ICAO’s 191 members at its autumn 2013 assembly.

The U.S. aviation groups, that also included the Aerospace Industries Association, warned that if left unchecked, the EU’s imposition of its carbon trading scheme could extend beyond just foreign airlines.

“If this EU breach of U.S. sovereignty … over our airspace and international waters – goes unanswered, it almost certainly will result in other such schemes affecting a variety of sectors of the U.S. economy,” the letter said.

Meanwhile, Congress may also put pressure on the Obama administration this week with the possible passage of a bill that would shield U.S. airlines from participating in the EU’s emissions trading scheme.

Last week, Republican Senator John Thune had been prepared to put get a unanimous consent vote on the Senate floor on the bill he co-authored with Democratic Senator Claire McCaskill.

The senator called off the vote because some objections were raised, a Senate aide told Reuters.

But supporters of the Thune-McCaskill bill are negotiating compromise language to address lingering concerns, said Jean Medina, spokesperson for Airlines for America.

She said the senators hope to secure enough votes for passage before Senate goes into recess ahead of the November elections. (Reporting By Valerie Volcovici; Editing by Tim Dobbyn)