David Cameron, speaking at the annual CBI conference, has said that there are too many judicial reviews that slow down planning applications. In reality, only a small number of the applications for judicial review are for planning, with the majority being for immigration and asylum. But Cameron makes the rather strange analogy that the UK is in a situation (?) akin to the second world war, and everything must be done to boost the economy.  The Ministry of Justice did not have access to the number of reviews there have been related to building and planning.  Downing Street refused to identify any infrastructure projects which had been delayed by judicial review, saying it was “not going into specific examples. FoE’s Andy Atkins said the planning system played “an important role in protecting our green and pleasant land” and it must not become a scapegoat for the government’s economic failings. Cameron has proposed changes to make it harder to apply for judicial review, altering the timing, cost and Halving the number of opportunities to challenge a refusal of permission for a judicial review from four to two.

Objectors’ rights to mount legal challenges to projects they oppose are to be restricted in an effort to speed up development and boost economic growth, the Prime Minister announced in a speech this morning.

David Cameron, speaking at the annual conference of industry group the Confederation of British Industry (CBI), also pledged to reduce the time taken by government to consult on policies and to streamline European legislation with the aim of getting new railways and roads built quicker.

Cameron said he was “determined to dismantle some of the procedures that have been slowing us down”, such as the over-use of judicial reviews to overturn decisions, including planning permissions.

He said: “This is a massive growth industry in Britain today. Back in 1998 there were four and a half thousand applications for review and that number almost tripled in a decade.

“Of course some are well-founded – as we saw with the West Coast mainline decision. But let’s face it: so many are completely pointless.

“Last year, an application was around five times more likely to be refused than granted. We urgently needed to get a grip on this.”

Cameron said the government would consider:

The Prime Minister also said ministers would have the power to decide how long consultations would take, instead of the current statutory three-month period, and if, they believe there is no need for one, to not have one at all.

Cameron further promised to cut “excessive European legislation” and to make sure such legislation is interpreted by Whitehall in a more flexible way.

He went on to say: “Last on my list – and it overlaps with some of the above – is getting our roads and railways built more quickly.”

Cameron said he wanted to halve the amount of time it takes to get roads upgraded but gave no further details on how this would be done.

Speaking about the proposals to change the judicial review process, justice secretary Chris Grayling said that last year “only one in six applications determined were granted permission to be heard and even fewer were successful when they went ahead”.

Grayling said: “The purpose of this is not to deny or restrict access to justice, but to provide for a more balanced and practicable approach, ensuring that weak, frivolous and unmeritorious cases are identified early, and that legitimate claims are brought quickly and efficiently to a resolution.”

A Ministry of Justice spokesman said a public engagement process on the judicial review plans “will be carried out shortly” with the next steps, including proposed details on the changes to time limits and costs, to be set out in the New Year.

The UK became signatories (i.e. ratified it) in 2005.  It is not clear how government can deny the people it represents access to justice.

The Convention is officially known as the “Convention on Access to Information, Public Participation in Decision making and Access to Justice in Environmental Matters”,
and contains – as the title suggests – three broad themes, also called pillars.

The third pillar is:

See   Arhus Convention Jan 2006  – a Postnote from the Parliamentary Office for Science and Technology.

PM to crack down on ‘time-wasting’ appeals 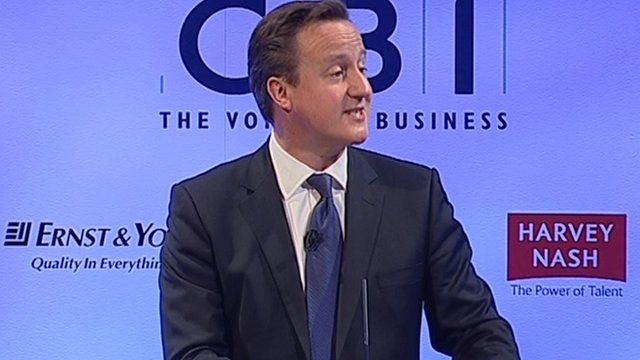 David Cameron: “If Christopher Columbus had an advisory committee he would probably still be stuck in the dock”

David Cameron has promised to crack down on “time-wasting” caused by the “massive growth industry” in legal challenges to government policy.

The prime minister told business leaders he would “get a grip” on people forcing unnecessary delays.

Judicial review applications would cost more, with less time put aside to apply and fewer chances to appeal.

But green groups said planning laws protected the environment and should not be blamed for economic failings.

In his speech to the CBI conference in London, Mr Cameron said the government had been “too slow” at cutting the deficit.

He pledged to end “equality impact assessments”, which need to be carried out when new policy or legislation is introduced. He insisted that “bureaucratic nonsense” was not necessary to ensuring the rights of different sexes, races and religions were upheld.

Individuals and organisations can seek a judicial review if they think a decision by a public body has been made unlawfully.

The review, carried out by a judge, looks only at the way the decision was reached – rather than whether it was correct or not.

A recent example was Virgin’s successful challenge against the awarding of the West Coast Mainline rail franchise to First Group. It was found there had been “significant flaws” in decision-making.

BBC legal correspondent Clive Coleman said the majority of these had related to asylum cases, which was where the “real growth” had taken place.

But, in his address to the CBI, the prime minister said the increase in unnecessary applications had been too great: “We urgently need to get a grip on this. So here’s what we’re going to do: reduce the time limit when people can bring cases; charge more for reviews – so people think twice about time-wasting.”

But Mr Cameron said that “instead of giving hopeless cases up to four bites of the cherry to appeal a decision, we will halve that to two”.

Downing Street refused to identify any infrastructure projects which had been delayed by judicial review, saying it was “not going into specific examples”.

He argued that government was “too slow in getting stuff done” and that civil servants must appreciate delays were felt in “businesses going bust, jobs being lost” and “livelihoods being destroyed”.

Mr Cameron drew a historical analogy, saying: “When this country was at war in the ’40s, Whitehall underwent a revolution.

Friends of the Earth

“Normal rules were circumvented. Convention was thrown out. As one historian put it, everything was thrown at ‘the overriding purpose’ of beating Hitler.

“Well, this country is in the economic equivalent of war today – and we need the same spirit. We need to forget about crossing every ‘t’ and dotting every ‘i’ – and we need to throw everything we’ve got at winning in this global race.”

For Labour, shadow local government minister Jack Dromey told BBC Two’s Daily Politics: “This is the same prime minister who kicked into the long grass a decision on airports for at least three years.

“He is presiding over a shambles in government, where it can’t make its mind up on an urgent policy.”

And Friends of the Earth’s Executive Director Andy Atkins said the planning system played “an important role in protecting our green and pleasant land”.

He added: “It mustn’t become a scapegoat for the government’s economic failings.

“EU rules protect peoples’ legal right to defend their environment – any moves to prevent this may well be unlawful. Protecting the environment and boosting the economy are two sides of the same coin.”

Joe Rukin, co-ordinator of the Stop HS2 campaign against plans to build the High Speed 2, rail link said : “The government seem to be making out that they believe any of their infrastructure plans should be above the law and do not realise that it is essential in a democratic society to be able to hold the government to account.”

How common are ‘time-wasting’ appeals against government? 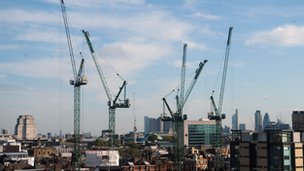 Prime Minister David Cameron has expressed his determination to crack down on “time-wasting” caused by the “massive growth industry” in legal challenges to government policy.

But just how real is this problem?

The figures for judicial review quoted by the prime minister are overall figures.

Individuals and organisations can seek a judicial review if they think a decision by a public body has been made unlawfully.

The review, carried out by a judge, looks only at the way the decision was reached – rather than whether it was correct or not.

There were 11,200 applications for permission for judicial review last year.

And that does represent a trebling of the overall figures in around a decade.

But what the prime minister did not say is that the majority of those applications are in one area – immigration and asylum.  That is where the real growth has been.

What does that seem to tell us?

Simply that outside immigration and asylum, there has been a modest increase, and not a huge explosion of cases.

The figures are categorised as immigration, crime and “other”.

It is that “other” category – and the commercial planning and building judicial reviews within it – that the prime minister seemed to be focusing on.

However, “other” includes all sorts of cases, not just judicial reviews that relate to commercial planning and building.

The Ministry of Justice told the BBC that it does not have any figures for the number of reviews related to building and planning.

But lawyers who practise in this area say that it may be a very small number of cases.

One said it could be a “vanishingly small” number.

It was his view that there really are not a lot of judicial reviews holding up commercial building projects.

Where everyone acknowledges that there is a real problem is that the courts are clogged up, and once the initial permission is granted, it can take years for a “JR” to be heard.

So, there has been a rapid growth in the numbers of cases waiting to be tried.

Some lawyers argue that is more of a resourcing problem for the courts system and that if more judges were assigned to judicial review cases, the problem could be eased.

Some cases of judicial reviews relating to airports

18.6.2009   (SSE press release)    The application by Stop Stansted Expansion (SSE) to the Court of Appeal, asking it to re-examine the legality of the Government’s decision to approve permission for an extra 10 million passengers per annum (‘mppa’) on the existing Stansted runway, was today (18 June 2009) refused by Lord Justice Elias and Lord Justice Keene (presiding).   SSE will not be seeking any further leave to appeal because these two highly respected Appeal Court judges have clarified important aspects of the unsatisfactory original ruling which could have compromised SSE’s case at a future Public Inquiry to consider the far bigger issue of a second runway at Stansted.   That, of itself, has made the case worth taking to the Court of Appeal.  https://www.airportwatch.org.uk/?p=3317