On Tuesday 9th July, the Airports Commission held a public evidence session in Manchester, taking evidence on climate change and aviation. Tim Johnson and Cait Hewitt, from AEF, and Jean Leston from WWF took part.  The Commission is due to publish transcripts of the session next week. One member of the audience, Kevin Lister who is a climate campaigner,  has written a letter to Sir Howard, to set out the key issues on the link between aviation and climate, and the need for this to be clearly understood by the Commission. The letter reminds Sir Howard that his opening remark, “wanted the day to tease out the issues on aviation’s impact on climate change,” but it is “just a bit difficult to know what there is to tease out that is not glaringly obvious – atmospheric CO2 will exceed 450 ppm towards the end of this decade”; also that climate change is probably already causing instability in the Middle East and is likely to cause more problems to societies;  that biofuels may cause even worse problems to the natural world and the climate than fossil fuels; and that the robustness of demand models post 2030 is extremely questionable.
.

Dear Sir Howard,
Many thanks for the public session in Manchester yesterday.  I am sure everyone had a great time. The tea and coffee was very nice. When I saw the plate full of Danish Pastries I though it was too good to be true, alas so it turned out to be as as they weren’t for me.
I am sure many in the audience may have found your opening remark, “That you wanted the day to tease out the issues on aviation’s impact on climate change,” apposite.
Unfortunately, I find it just a bit difficult to know what there is to tease out that is not glaringly obvious – atmospheric CO2 will exceed 450 ppm towards the end of this decade making runaway climate change unavoidable, methane releases have started in the Arctic and the ice cap is collapsing, heatwaves and storms are making a mockery of hundreds of years of industrial progress, Syria is in a climate change induced civil war and Egypt is following in its footsteps and yes I could go on and on and on….But certainly the last thing we would want is a pubic session on climate change spoiled by the grubby facts on climate change.
So it was somewhat interesting to hear Heathrow’s sustainability director suggesting that all could be made well in the world with a dose of new technology, biofuels and carbon trading.
Just for the record in case it was not noted, I did ask the Heathrow team to explain how new technology would reverse the trend of increasing aviation emissions that has existed since the Wright Brothers’ first flight despite new technology being introduced every year from then to now.
Again in case it was not noted, I pointed out that Tesco dropped their campaign to be the UK’s leading supplier of biofuel after their complete failure to demonstrate how it can reduce carbon emissions. I asked the Heathrow team to explain what they know that Tesco don’t. As the public session debated the merits of biofuel, the last of the Indonesian rainforest is being burnt down and the last of the Orang-utans are being cooked to a crisp.
Ignoring the science of climate change and burning every drop of fossil fuels is stupid enough, but burning down the rainforest to grow biofuel is orders of magnitude worse and aviation’s plans would accelerate this disaster. 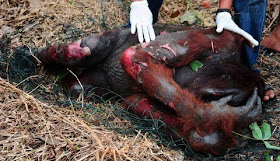 Again in case it was not noted, I asked about Carbon Trading. The poor in our society are facing a triple whammy. The price of basic foods is rising as global warming reduces food production, biofuels are diverting food to fuel and carbon trading will price access to basic energy requirements out of reach. The growing wealth gap has already fuelled inner city riots in the country and I asked how many inner city riots the aviation industry would deem to be acceptable.
Sir John Armitt posited the proposition that in 2050 people would still be wanting to fly in the same way they are now. This is a breathtakingly assumption. In 2050 runaway climate change will be well underway and destroying much of our civilisation. The US department of defence is currently war gaming for climate change conflict in this period. The last thing that people struggling to survive will be thinking about is where they go on holiday, that is unless they are amongst the highest paid civil servants in the country. 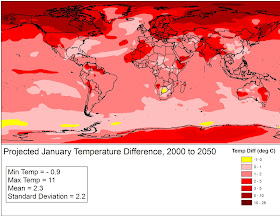 In the second session on demand management and in response to Sir John Armitt demonstrating continuing naivety on climate change with his suggestion that more accurate demand forecasts are needed post 2030 for planing purposes I pointed out that our history on forecasting is very poor. The financial models the banks used predicted the risk of recent financial crashes in the order of 1 in 1E50 (1 with 50 zeros behind it).
Our ability to predict passenger demand will be equally poor, especially when we continue to exclude the impact of climate change. I made the point that as CO2 continues to rise, our economic resources would have to be directed towards constructing a low carbon economy whilst simultaneously embarking on a wholesale rebuilding of existing infrastructure to cope with climate change impacts. In this future there will be no spare resources for building airports with no business cases.
Again, I suggested that Sir John Armitt could answer his own question on the robustness of demand models post 2030 by looking at the increasing cost to Network Rail from climate change and projecting this forward. To help him with his analysis he should consider that we are only in the early stages of climate change and much more serious warming is set to come. 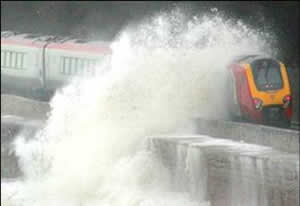 Again for the record, the basis of the CBI argument was that we must have connections to the fast growing economies of China and India. I offered the challenge to the CBI to demonstrate how long they believe these economies will continue growing, given that they have already reached many of the naturalgrowth limits and will face the same dilemmas as us in the near future.
After your deliberations you will of course be tempted by the argument that we must continue to expand because China and others will continue to pollute, and it is correct that China plans to buy the thousands of planes that we subsidise Airbus and Boeing to build. Maybe you should say it how it is – this act of China which is supported by Airbus and Boeing breaches the Durban Platform Agreement  should be considered an act of aggression.
I was asked by a colleague last night why there is any desire to build airports at all. I was stumped, especially when BAA’s accounts show the business to be loss making and virtually bankrupt as it struggles with its existing interest payments. The only suggestion I could offer is that as the economy suffered a money supply contraction following the banking crash of 2008, the mathematics of the fraction reserve banking system make it imperative for the government to ensure large amounts of new finance is created to reverse it. This will largely be through new debt backed by equity from Middle Eastern Sovereign funds, helping perpetuate markets for their oil. Ultimately, it does not matter if this is for profitable purposes or not as BAA is certainly not profitable today; it is about creating money and markets for oil. Correct me if I am wrong.
Thanks again for the tea, coffee and a most entertaining time in Manchester.
Kevin
Another report of the days events is here
http://kevsclimatecolumn.blogspot.co.uk/2013/07/thanks-for-sir-howard-davies.html?m=1

I write these emails, letters and essays without hope of being listened to, with the certainty of being persecuted, but true to the commitment that I made to my children that when I die I can at least say “I did everything I could.”

In honor of Rodolfo Walsh – executed by the Argentinian Junta, 1977