Environmental campaigner Tilly Gifford wants a public inquiry to investigate claims that she was “targeted” by undercover police officers who wanted her to spy on fellow activists.  In 2009, Tilly was working with Plane Stupid, which was protesting about the environmental damage done by airport expansion.  She told BBC Scotland’s Good Morning Scotland that she was arrested during a protest at Aberdeen Airport and police wanted her to feed them intelligence on the group. They wanted information about the groups she worked with, the individuals, and what they were planning – in exchange for cash. She has tapes of the conversations. Now 9 years later she is at the forefront of attempts to win a judicial review to force either the UK government to extend its inquiry – or have the Scottish government set up its own.  She says all her actions were totally peaceful and non-violent, even if some laws were violated, and: “The question here is not about undercover policing, it is about undercover political policing.”  “We know now that up to thousands of campaigns across the whole of the UK, in Scotland as well, have been targeted by undercover political policing and it is time for a full public inquiry.”  It is likely that campaigns against Heathrow’s expansion have been targeted too.

‘Police wanted me to spy on campaigners’ 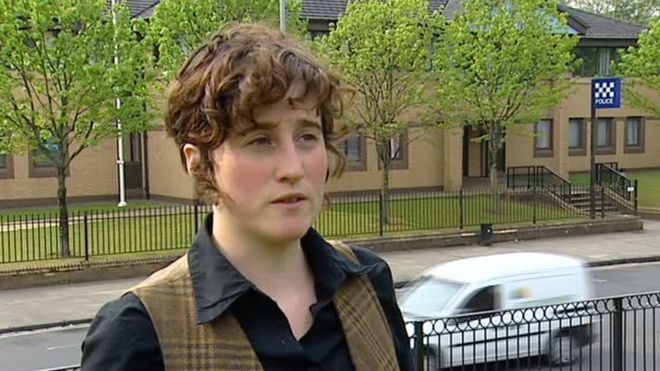 Environmental campaigner Tilly Gifford wants a public inquiry to investigate claims that she was “targeted” by undercover police officers who wanted her to spy on fellow activists.

In 2009, Ms Gifford was working with Plane Stupid, which was protesting about the environmental damage done by airport expansion.

She told BBC Scotland’s Good Morning Scotland that she was arrested during a protest at Aberdeen Airport and police wanted her to feed them intelligence on the group in exchange for cash.

Ms Gifford said: “They wanted information about the groups I worked with, the individuals I worked with and what we were planning.”

She later released recordings of conversations with unnamed men in which they claimed to have a network of hundreds of informants inside protest organisations across the political spectrum.

Nine years later she is at the forefront of attempts to win a judicial review to force either the UK government to extend its inquiry or have the Scottish government set up its own.

She told BBC Scotland: “Everything I was doing was totally peaceful and non-violent.

Ms Gifford said other campaign groups in Scotland had been targeted, such as groups planning to disrupt the G8 meeting at Gleneagles in 2005.

She said: “We know now that up to thousands of campaigns across the whole of the UK, in Scotland as well, have been targeted by undercover political policing and it is time for a full public inquiry.”

Ms Gifford added: “We need to know who was targeted, how and why, and who commissioned these policemen to come into our lives and affect not only our campaign but to destroy personal lives?”

She added: “I want to know how long I was followed for.

She said she had tried for years to find out this information.

In England, the judge-led inquiry has a remit to investigate undercover practices dating back to 1968.

However, in Scotland a review by HM Inspector of Constabulary has a much narrower remit.

Ms Gifford said: “There is zero in Scotland. No inquiry. As it stands now I’ll never find out.”

She is challenging Scotland’s decision not to have a full public inquiry.

“In the court of public opinion we are already winning,” she said.

“I think people have lost trust in the police.

“We know, it is established, these abuses have taken place on Scottish soil.

“We will probably win in the court of law eventually so they would be saving time to agree to an inquiry now.”

Ms Gifford said she could see the need for undercover policing but it should not be used for political purposes.

She said: “It is important to recognise that advances in our society are built on political campaigns working for these rights.”

Undercover police are running a network of hundreds of informants inside protest organisations who secretly feed them intelligence in return for cash, according to evidence handed to the Guardian.

They claim to have infiltrated a number of environmental groups and said they are receiving information about leaders, tactics and plans of future demonstrations.

The dramatic disclosures are revealed in almost three hours of secretly recorded discussions between covert officers claiming to be from Strathclyde police, and an activist from the protest group Plane Stupid, whom the officers attempted to recruit as a paid spy after she had been released on bail following a demonstration at Aberdeen airport last month.

Matilda Gifford, 24, said she recorded the meetings in an attempt to expose how police seek to disrupt the legitimate activities of climate change activists. She met the officers twice; they said they were a detective constable and his assistant. During the taped discussions, the officers:

• Indicate that she could receive tens of thousands of pounds to pay off her student loans in return for information about individuals within Plane Stupid.

• Say they will not pay money direct into her bank account because that would leave an audit trail that would leave her compromised. They said the money would be tax-free, and added: “UK plc can afford more than 20 quid.”

• Accept that she is a legitimate protester, but warn her that her activity could mean she will struggle to find employment in the future and result in a criminal record.

• Claim they have hundreds of informants feeding them information from protest organisations and “big groupings” from across the political spectrum.

• Explain that spying could assist her if she was arrested. “People would sell their soul to the devil,” an officer said.

• Warn her that she could be jailed alongside “hard, evil” people if she received a custodial sentence.

The meetings took place in a Glasgow police station last month and in a supermarket cafe on Tuesday. Gifford used a mobile phone and device sewn into her waistcoat to record what they described as a “business proposal” that she should think of as a job.

They intimated that in return for updates on Plane Stupid’s plans she could receive large sums of money in cash.

When lawyers acting for Plane Stupid contacted Strathclyde police this week to establish the identities of the detective constable, they were initially told by the human resources department there was no record of his name.

But when the Guardian contacted the force, they acknowledged officers had had meetings with Plane Stupid activists.

In a statement last night, assistant chief constable George Hamilton said the force had “a responsibility to gather intelligence”, and such operations were conducted according to the Regulation of Investigatory Powers Act (RIPA). The force would not comment on the identity of the officers.

“Officers from Strathclyde police have been in contact with a number of protesters who were involved with the Plane Stupid protests including Aberdeen airport,” he said. “The purpose of this contact has been to ensure that any future protest activity is carried out within the law and in a manner which respects the rights of all concerned.”

He added: “The methods employed are disturbing, and more worrying yet is the lack of any clearly identifiable body responsible for this. These individuals seem to have some kind of police support or at the very least connections with the police – the access to police stations confirms that – but my concern is the lack of accountability and the threat to the individual and her right to protest.”

Gifford intended to meet the officers for a third time on Thursday, taking a lawyer with her. But the officers did not appear at the rendezvous. However, she said she was later approached by the detective constable, who said he was disappointed in her. The man got into a car, leaving Gifford feeling shaken and intimidated.

She said last night that the initial approach from the officers was “an opportunity that fell out of the sky”. She added: “Recording them seemed like the obvious thing to do. I was keen to find out what they had to offer, what they wanted to find out, and feed that back to the group in case other members of Plane Stupid were approached.”

In a statement, Plane Stupid said: “Our civil liberties were invaded and our right to peaceful protest called into question simply to defend the interests of big business.”

Listen to the tapes and read the transcripts