The campaign against Munich’s possible 3rd runway, from Young Friends of the Earth, Bavaria

Young Friends of the Earth Bavaria have written about why they are opposing the planned third runway, and why it is not needed – as well as the environmental damage it would do.  Their short briefing on what is happening at Munich gives useful detail. The plan for the runway is only to that there will never be delays of more than 4 minutes to flights, even if numbers double, over the next 20 to 30 years. Almost unbelievable to build a runway for that, especially if flight numbers are not growing – and as the airport is losing money and has debts now of €2.7 billion already. Munich airport is already the largest carbon emitter in Bavaria, emitting about 10% of Bavaria’s CO2.  In Germany all aviation issues are planned and decided at a local and regional level by town halls, not at a national level. So, until this year, there has been a lack of a national debate around aviation. But this has now changed. 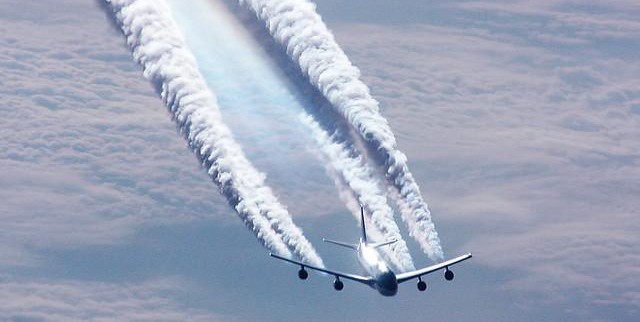 Young Friends of the Earth Bavaria in Germany have been campaigning against the expansion of airports in Germany.  Florian Sperk tells us about the campaign against a new third runway at Munich airport.

Written by Florien Sperk, Young Friends of the Earth Bavaria

Since the first nationwide anti-noise demonstrations took place last October in Frankfurt, rumours of an emerging national movement against airport expansion have grown.

So what’s up in Germany?

Over the last few years local protest groups around Germany’s three main airports – Frankfurt, Berlin and Munich – have been growing. In Frankfurt about 10,000 to 20,000 people are demonstrating regularly. In Berlin 7,000 to 15,000 people have marched against the new airport. And in Munich up to 7,000 people have taken part in protests. But this spring something new happened.

Something big is coming up

This spring the different groups started noticing each other, and began to recognise the power they can have in working together.

In Germany all aviation issues are planned and decided at a local and regional level by town halls, not at a national level. Thus there has been a lack of a national debate around aviation.

Germany has never really asked itself key questions: about the value of the different airports to the economy, or whether there should be limits to growth, or what role a reduction in domestic flights could play in the national strategy to stop climate change.

Many people are arguing that the time is now right to put the expansion of the aviation industry on the national agenda. And they could be right. The profits of Germany’s main airline, Lufthansa, are tumbling. There may be no need for further expansion.

The third runway in Munich!

Let us now look at the current protest in Munich within the context of the bigger, national picture.

In Munich the expansion of the airport is said to be needed to keep possible delays below 4 minutes over the next 20 to 30 years, assuming maximum usage of the airport.

Some people might think this is a joke. But is not.

It is actually the main justification given for the third runway. The authorities want to make sure maximum delay will always be less than 4 minutes, even if the demand for flights doubles. The reality is, though, that the demand for flights is decreasing every month. So there is already evidence that the biggest climate-killer of Bavaria simply does not need to expand.

The third runway in Munich can and will be stopped.

No third runway in Munich!

But, for those how don’t speak German, the reasons are:

1) The airport has debts of about 2.7 billion Euros.

3) The third runway will cost more than 1.2 billion Euros. And all this money will be spend for a saving of 4 minutes, at a time when the budgets for social projects are cut every year.

4) The airport is Bavaria’s biggest climate-killer – with about 10 % of the total emissions of Bavaria.

5) More than 1000 hectares of a conservation area for birds will be destroyed.

6) One of the last big fens in Bavaria will be critically damaged.

Young Friends of the Earth Bavaria invited the successful activists of Plane Stupid and AirportWatch to Munich this spring.

And guess what: John Stewart, one of the activists, told us that the current situation at Munich is very similar to the situation in London in the years before the third runway at Heathrow was finally stopped. And if the strategic mastermind of the Heathrow third runway campaign says something like this,it’s up to us in Young Friends of the Earth to answer with massive campaigning.

Find out more about the movement against airport expansion in Germany