The full list of airport proposals for consideration by the Airports Commission, to solve the alleged shortage of airport capacity, has been published. As well as those for the expected airports, (Heathrow, Stansted, Gatwick, the Thames Estuary,  Birmingham etc) there are some weird and wonderful suggestions. Some are for sites such as rural Oxfordshire, or for RAF bases; there are plans for Fairoaks airport, Manston airport, Cardiff airport, Luton airport,  the Severn estuary and the Goodwin sands. There are also proposals for surface transport improvements, and several from enthusiastic private individuals. One of the more bizarre is for no less than 7 runways at Heathrow. Anyone wishing to make specific comments on the detail contained within any of the proposals published is welcome to do so, to the Commission, before 27th September 2013 at the latest to airport.proposals@airports.gsi.gov.uk. 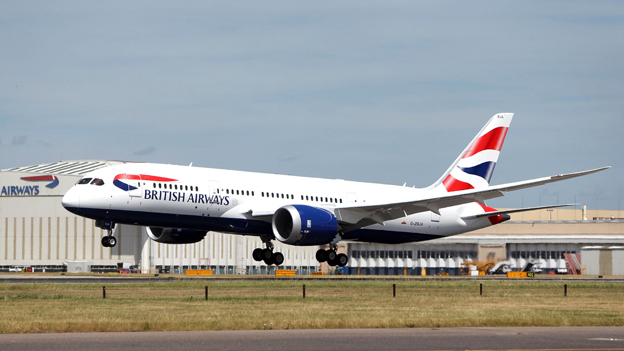 There’s controversy over plans for new runways in south-east England. But how would the public solve the problem of overcrowding at Heathrow and elsewhere?

Various experts have contributed to the debate on whether to build a new runway at Heathrow or at one of the other London airports. Some want an airport further along the Thames or even built in the middle of the estuary.

But here are four ideas submitted by ordinary people to the government’s Airports Commission, critiqued by industry experts. The submitters’ names have been redacted.

There is a long running struggle over the future of Heathrow and a third runway. One proposal says that is defeatist talk. Try seven.

The UK’s rivals are capitalising on the delays over Heathrow. Our European neighbours are expanding connections to the Bric economies of Brazil, Russia, India and China while Heathrow has run out of capacity. A map displays where the seven runways could fit.

In a handwritten PS, the author urges the government to “grab the bull by the horns otherwise it will be too late”.

But experts are sceptical. “You could certainly have three runways at Heathrow,” says transport expert Prof David Begg. In the future this can be expanded to four runways if necessary for the main hub.

There is also Gatwick, Stansted, City and Luton which offer business, charter, budget and non-connecting flights. There’s no need to close any of these if you open a third Heathrow runway. But seven?

“It’s like building an extension to your house when you don’t need it,” Begg argues. 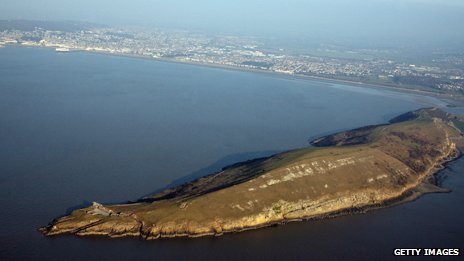 Why should most of the airport capacity be in the south-east England? What about those in the west of Britain?

This proposal places a new two-runway international airport on an island in the Severn Estuary. The island can be shaped to help fish pass and work with the estuary’s strong tidal pull, the author says. The 12,000 hectare airport will be linked into the M4 motorway and cost about £5bn.

It will help rebalance the national economy. The south-west of England, Midlands and Wales have a population of 13 million people and an aggregated GDP of about £270bn, asserts the author. And yet unlike Greater London they do not have the economic benefit of three major airports on their doorstep. Why should people in the West have to travel to London for most international flights?

Then there’s noise. Over time noise restrictions may get stricter. The location, away from major cities, means that Severn24s – the working title – need not worry about future night flight restrictions.

Putting airports in the South East because that’s where the demand is creates a self-fulfilling prophecy, the proposal argues. If you allocate the right resources to the regions with long enough runways, then people will use them.

There would be no need to scale back Cardiff or Bristol airports, the proposal contends. Instead the new airport would reinvigorate the West’s economy.

Paul Kehoe, chief executive of Birmingham Airport, says the economic case for the Severn airport is “challenging” but not impossible. Heathrow has many strengths. But the UK shouldn’t put all its eggs in one south eastern basket.

“There will be 20,000 extra new planes flying by 2030 according to a briefing I’ve just had from Boeing,” Kehoe notes.

Most won’t be super-jumbo size but still it’s a lot of extra aeroplanes if you accept the Boeing figures. The UK should look outside south-east England to deliver the extra capacity, Kehoe says.

But others argue that what the UK needs is a bigger hub airport where flights can connect. Somewhere like Heathrow.

Aviation consultant Laurie Price says the Severn airport wouldn’t work. “Unless you compulsorily close Bristol and Cardiff and direct airlines to the Severn Estuary airport how are you going to deliver it?”

China can tell airlines where to go but that is a command economy, he argues. “We like to think we’re a little more democratic.”

Maglev train around the M25

Many experts agree that London has enough airport capacity. The problem is it is spread over five airports: Heathrow, Gatwick, City, Luton and Stansted.

What London needs is a bigger hub capable of letting passengers change planes easily. This proposal says it has the answer. Create a high speed Maglev link following the route of the M25.

Maglev trains avoid the friction of wheels by using a magnetic field. Wheel-less journeys are smooth and speeds of over 300mph can be reached. China and Japan have them and other Asian nations are following suit. This proposal says the Maglev could put London’s airports within 20 minutes of another rendering the five airports one giant hub.

But experts are unimpressed. “It’s a crackpot idea,” says Prof Begg. People want to spend a maximum of 40 minutes in an airport transferring from one flight to another. “It doesn’t matter how fast the Maglev is, it’s not going to be quick enough for people changing planes. You’re back to the idea of split hubs again.”

Third Heathrow runway, no night flights, and a Universal Hub 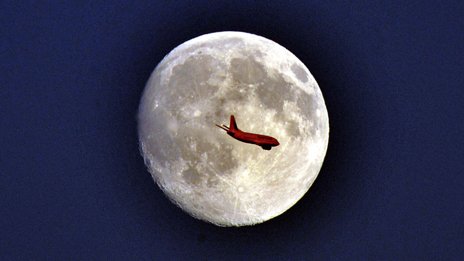 This proposal argues that Heathrow should get a third runway. But that it should only allow flights during daylight hours to protect local residents.

Night flights can be moved to other airports with fewer local residents, such as Stansted.

And there will be a universal hub to allow easier transport between London’s airports.

The answer is to build a central London rail terminal with fast, dedicated links to each airport, this proposal suggests.

Potential sites for this are Farringdon or Waterloo, the author argues. Fast links would allow passengers to get to Heathrow in 15 minutes and Stansted in 25 minutes.

But Laurie Price is sceptical of both elements of the plan. Banning night flights at Heathrow would cut down by half when long haul flights from Asia or the US could arrive. The jet stream can mean that flights arrive an hour or so early. Would they have to remain in the air for an hour or two over outer London waiting until dawn before they can land?

The universal hub sounds nice. But in practice you can’t compete with Schiphol by offering quick train journeys, Price says. At the moment most connecting flights are available at Heathrow. Capacity is running out but this should be replaced at Heathrow with another runway not with fast train services to other airports. “Having to take a train makes it less attractive than a single hub like Amsterdam.”

Prof Begg agrees. The magic number is 40, he says. “You have to get people off one plane and on to another in 40 minutes. That is what Schiphol and Dubai do.” 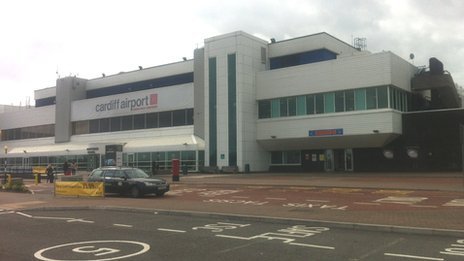 Cardiff and Bristol Airports would close under the proposals

Plans to replace Cardiff and Bristol airports with a £5bn airport on the Severn Estuary have been criticised as unrealistic.

A new airport between Newport and Chepstow has been proposed as part of a review of the UK’s airport capacity.

It would open in 2029 and would be able to handle 20m passengers initially.

But Bristol Airport called the plans “somewhat far-fetched” while the man brought in to run Cardiff Airport said his focus was on the immediate future.

Previous proposals for a “Severnside” airport were rejected more than a decade go by the UK government under an aviation White Paper’s 30-year plan for air travel.

“It is important that these are deliverable solutions not somewhat far-fetched proposals reliant on the forced closure of a successful, privately owned airport which supports thousands of jobs.

“The idea of a new Severnside airport was dismissed by the Future of Air Transport White Paper back in 2003 on the basis that it would “struggle to attract sufficient traffic to be financially viable and would not generate sufficient economic or regeneration benefits to merit support.

“Given that the long-term demand forecasts on which this decision was based have since been revised downwards, it is difficult to see how a different conclusion could be drawn today.”

The previous plan, put at £2bn, was for an airport near Newport with runways on a man-made island and capable of handling up to 30m passengers a year.

The new proposals are for an airport that would be “capable of serving the market for the rest of the century”.

They envisage taking 16 years to plan and build an airport with a 4,000m main runway and with road links to the M4 and rail links to the main London-Wales mainline.

With the majority of flights taking off and landing over water, the noise and air pollution for nearby residents would be minimised, they claim.

The scheme was put forward by the consultancy MSP Solutions and is based on a paper prepared for the think-tank the Institute of Welsh Affairs (IWA).

IWA chair Geraint Talfan Davies said the former Severnside plans were rejected on a “completely false premise” in that the aviation white paper was only looking at airports from a regional perspective.

The current proposals fed into the Airports Commission’s wider aims and underlined how Wales and the south west of England should been seen as one when considering the future of air travel growth, he said.

He said: “However you play this, there are limitations on how far Cardiff and Bristol can develop their airports.”

Cardiff Airport was bought recently for £52m by the Welsh government over concerns about falling passenger numbers and a lack of investment.

First Minister Carwyn Jones had been critical of the airport’s previous owners after a slump in passenger numbers from a peak of two million in 2007 to just over one million in 2012.

The Welsh government has already installed a new senior management team and stepped in with an express bus service to improve transport links for passengers.

Mr Jones also wants a commercial operator to become involved in the airport to help run it.

Cardiff Airport chief executive Jon Horne said he was focusing on improving the existing airport rather than any potential new Severn airport.

“The long-term schemes that have been proposed will be decided on the the basis of far-reaching UK government policy,” he said.

“The focus here is the now and near future and doing the best job we can for the benefit of the people of Wales.

“The one thing we can say is that, operationally, it (Cardiff Airport) is capable of doing very much more.”

Documents from the Airports Commission

Anyone wishing to make specific comments on the detail contained within any of the proposals published here is welcome to do so. To enable us to take them into account we will need to receive comments by 27 September 2013 at the latest.

Those who have already written to us with comments need not resend them, these will be considered alongside other comments received.

All detailed comments on specific proposals should include for ease of reference, the name of the proposer and site in question and should be sent to   airport.proposals@airports.gsi.gov.uk.

Long term options: spreadsheet listing the organisations that have submitted proposals to the Airports Commission

This file may not be suitable fo

ZIP, 181MB (This is a very large document, in Zip format, which may be difficult for older computers to open).