A new non-stop flight between Edinburgh Airport and Doha in Qatar is to be launched next year. It will be operated x5 per week by Qatar Airways, which serves more than 100 international destinations from Doha. The 787 Dreamliner aircraft will fly all year round on the route, providing connections to Australian hubs in Perth and Melbourne. It will be the Dreamliner’s first scheduled service from Scotland. Officials at Edinburgh Airport have long wanted to attract a major Middle Eastern carrier to allow them to compete with Glasgow, which provides a twice daily Emirates service to Dubai. There will also be a US Airways route linking Edinburgh with Philadelphia. Scotland’s Transport Minister Keith Brown hailed the move as “excellent news” for the aviation sector and said the new route was “yet more evidence of the strong bonds we are building with Qatar. The direct flights remove the need to use Heathrow for hub connections.  In 2014 Scotland has the Commonwealth Games, and the Ryder Cup and wants to get in more visitors to these, as well as other business and tourists.

Qatar Airways to launch new service between Edinburgh and Doha 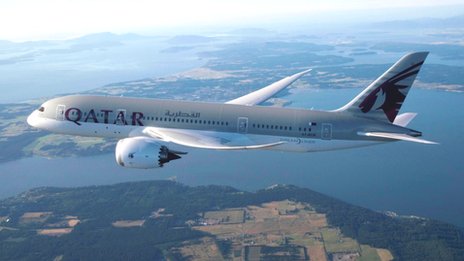 A new non-stop flight between Edinburgh Airport and Doha in Qatar is to be launched next year.

The service will be operated five days a week by Qatar Airways, which serves more than 100 international destinations from Doha.

The new Boeing 787 Dreamliner aircraft will fly all year round on the route, which will provide connections to Australian hubs in Perth and Melbourne.

It will be the Dreamliner’s first scheduled service from Scotland.

Officials at Edinburgh Airport have long wanted to attract a major Middle Eastern carrier to allow them to compete with Glasgow International, which provides a twice daily Emirates service to Dubai.

On Monday it was revealed US Airways is to launch a route linking the capital with Philadelphia.

Richard Oliver, Qatar Airways country manager UK and Ireland, said: “We are pleased to be able to bring our five star service to Edinburgh and look forward to providing new options for Scottish travellers flying to the Middle East and beyond.

“Passengers will benefit from the state-of-the-art Boeing 787 Dreamliner with Qatar Airways award-winning service.”

Scotland’s Transport Minister Keith Brown hailed the move as “excellent news” for the aviation sector and said the new route was “yet more evidence of the strong bonds we are building with Qatar.

“The Scottish government has worked hard to foster links with the Gulf States, promoting Scotland as a market leader in oil and gas and a great place to do business.

“Direct services make Scotland a more attractive destination for both tourists and businesses by removing the need for extra connecting flights. This not only helps the economy by boosting tourism, but also encourages overseas trade and investment.

“The eyes of the world will turn to Scotland in 2014 with a programme of events that includes the Commonwealth Games, the Ryder Cup and a second Year of Homecoming and we are keen to share these exciting times with our friends around the world.”

Gordon Dewar, Edinburgh Airport’s chief executive, said: “We’ve been promising our friends and partners across the city and the country a Middle Eastern route for a number of years now.

“I am ecstatic to be sharing this news today and would like to thank all for their patience and support.”

He said the announcement was the result of “real understanding and collaboration”.

“I hope that it can continue as I think that it gives our country a real advantage when talking to airlines and making the case for Scotland,” he said.

“We rebranded our airport for a reason. We wanted to reflect our ambition and raise our aspirations.

“We can now say with growing confidence that Edinburgh is where Scotland meets the world.”

Qatar Airways to fly to Edinburgh

Qatar Airways will begin a five-weekly direct service between Doha and Edinburgh from May.

The carrier will deploy a Boeing 787 Dreamliner in a two-cabin configuration, with 22 seats in business class and 232 in economy, on the new route.

Qatar will fly to Edinburgh on Mondays, Wednesdays, Fridays, Saturdays and Sundays from May 28,

Edinburgh will be the Qatar’s third UK destination – it currently operates five flights daily to Heathrow and 10 per week to Manchester.

Scottish transport minister Keith Brown said: “This new direct service is excellent news for Scotland’s aviation sector and provides yet more evidence of the strong bonds we are building with Qatar.

“The Scottish government has worked hard to foster links with the Gulf states, promoting Scotland as a market leader in oil and gas and a great place to do business.”

Qatar’s Doha-Edinburgh route, when launched, is set to be the first scheduled Dreamliner service from a Scottish airport.

Charter carrier Thomson Airways flew the Dreamliner from Glasgow to Cancun and Orlando during the summer 2013 season.

US Airways announced earlier this week that it is launching a non-stop daily service between Philadelphia and Edinburgh next summer.

United is also introducing Edinburgh-Chicago services from May 2014.

US Airways to offer new service between Edinburgh and Philadelphia 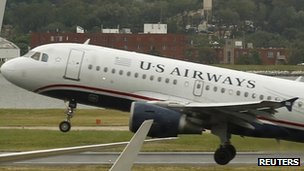 US Airways is a major American airline, which has its headquarters in Arizona

A new non-stop flight between Edinburgh and Philadelphia is to be launched by a major airline next year.

The scheduled service will be operated daily by US Airways between May and October. It was welcomed by ministers and tourism chiefs.

They said it was a “timely vote of confidence in Scotland” as it prepares to host the Commonwealth Games and the Ryder Cup in 2014.

A 176-seat dual-class Boeing 757 aircraft will be used on the route.

“Next summer will be a hugely exciting time with the Ryder Cup and Year of Homecoming to look forward to.”

He added: “We’re pleased to be working with US Airways and allowing more American passengers to experience all that Scotland has to offer.

“Scots will also have the chance to visit this amazing city and the added opportunity to travel onwards to destinations like Las Vegas, Los Angeles, San Francisco and Hawaii.

“This is not just an achievement for Edinburgh Airport but for the wider city and we’re delighted to be able to share our success with our partners.”

Transport Minister Keith Brown said: “This announcement will bolster Scotland’s economy by supporting tourism, trade and investment, and also helps to strengthen our enduring relationship with the United States.

“Improving direct routes overseas helps to reduce the need for travellers to make extra connecting flights via London or the continent, making Scotland even more attractive to tourists and businesses.

“We look forward to welcoming visitors from the United States to Scotland in 2014 as the eyes of the world focus on our exciting programme of events which includes the Commonwealth Games, Ryder Cup and a second Year of Homecoming.”

The service will begin on 23 May and run until 1 October.

United Airlines to offer new service between Edinburgh and Chicago

The only non-stop flight linking Edinburgh with Chicago has been announced for next summer.

The route will be operated by United Airlines.

The Edinburgh-Chicago flight will depart Edinburgh at 10:25, arriving in Chicago at 13:00 the same day.

The return flight will depart Chicago at 18:00, arriving in Edinburgh at 07:45 the following day.

“Next year’s Homecoming promotion and Ryder Cup at Gleneagles make it the ideal time to launch these flights, which will offer our customers an increased range of travel choices and opportunities.”

First Minister Alex Salmond said: “By improving direct routes overseas, we can help reduce the need for travellers to make extra connecting flights via London or the continent, support tourism, trade and investment and so further strengthen Scotland’s economy.

“The eyes of the world will be on Scotland in 2014 and, as we host international sporting stars at the Commonwealth Games and Ryder Cup and celebrate another Year of Homecoming, we hope to welcome visitors from across the world, not least from the United States with whom we share strong and enduring bonds.”

Gordon Dewar, chief executive of Edinburgh Airport, said the new route was “a fantastic validation of Edinburgh and Scotland as a whole”.

He said: “We are delighted to have played our part in developing this route with the other agencies and government departments that make up Team Scotland.

“This collaborative approach works and we look forward to bringing many more international routes to Edinburgh in the coming months.”

The only non-stop flight linking Edinburgh with Canada has been launched.

The route between the Scottish capital and Toronto is being operated by Air Canada rouge.

The airline will operate three flights a week and the new route will add to the £83m spend which Canadian tourists already generate for the Scottish economy.

It has been welcomed by VisitScotland Chairman, Mike Cantlay.

“Canadians have always had a strong affiliation with our country and, as we prepare to welcome the world with Homecoming, the Glasgow Commonwealth Games and the Ryder Cup in 2014, the timing of this new service is perfect.”

Air Canada rouge is the new budget leisure subsidiary from Air Canada and operates a fleet of Boeing 767-300ER and Airbus 319 aircraft.

Michael Friisdahl, president and chief executive officer of Air Canada rouge, said: “We are excited to launch this new route between Toronto and Edinburgh, which marks one of our first three flights from Canada to Europe.”

Gordon Dewar, chief executive of Edinburgh Airport, said: “We’re delighted to welcome Air Canada to Edinburgh Airport and we are sure they’ll have a very successful summer. This new direct service from Toronto to Edinburgh is yet another example of how we listen to our customers and work hard to ensure they have the best choice of routes possible. 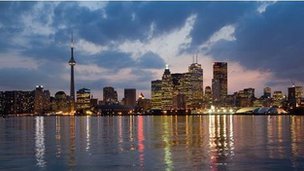 “Edinburgh Airport is where Scotland meets the world and it’s hugely exciting to now offer a direct service to Canada which I’m sure our Canadian and Scottish passengers will take full advantage of. Toronto is an important international hub for us and this new route will allow us to establish and maintain crucial trade links for both economies.”

VisitScotland markets Scotland extensively to Canadians and has operated sales missions to Toronto and Montreal. A recent competition saw 4,500 Canadians entering to win a dream trip to Scotland.

In September, VisitScotland will be taking part in Destination Britain North America in Las Vegas. Organised by VisitBritain, the event will see VisitScotland staff meeting with Canadian and American tour operators, promoting exciting Scottish events such as the Year of Natural Scotland, Homecoming 2014, the Glasgow Commonwealth Games and the Ryder Cup at Gleneagles.

Tourism is of crucial importance to the Scotland. The industry employs 270,000 people in 20,000 businesses and contributes £11 billion annually to the economy. Almost 16 million tourists take overnight trips to Scotland.

Canada is one of Scotland’s largest international visitor markets, with more than 100,000 visits made in 2011.http://www.bbc.co.uk/news/uk-scotland-edinburgh-east-fife-23169109