HACAN East has launched a major campaign against London City’s expansion plans. It is encouraging people to fill in postcards opposing the expansion plans, and send them in to Freepost LCY MASTER PLAN CONSULTATION. People can also download and display posters. The postcards call on residents to back the existing 24 hour weekend ban on aircraft using London City.  HACAN East wants the airport drop its proposals to end the 24 hour break as well as its plans to almost double flight numbers from today’s levels and to increase flights in the early morning and late evening. The postcards say: 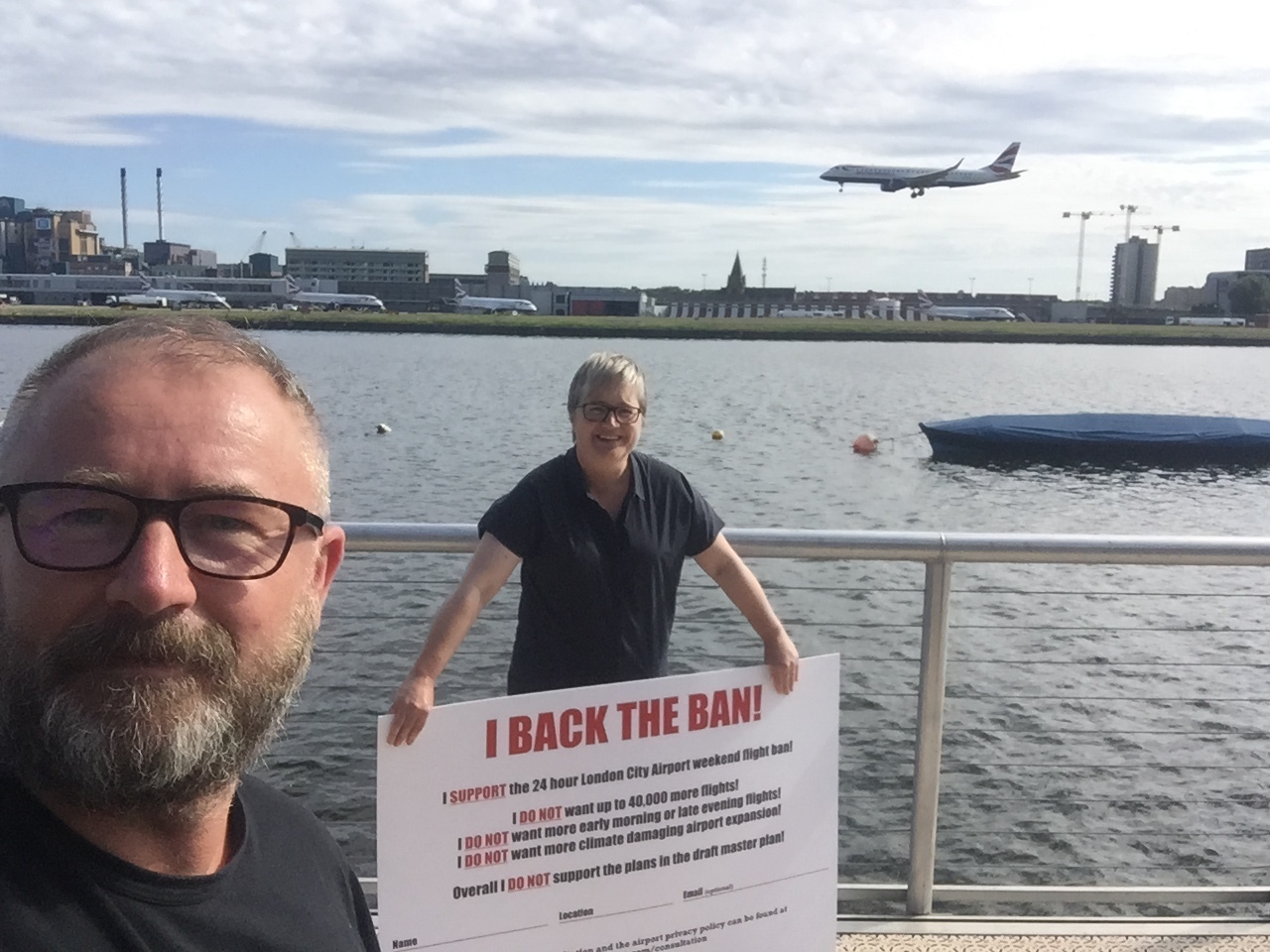 HACAN East today launched a major postcard and poster campaign against the expansion proposals contained in London City’s Master Plan currently out for consultation. Thousands of postcards will be distributed to household impacted by the airport over the next month.

And black and white versions: http://hacan.org.uk/wp-content/uploads/2019/07/HACANeast-Cut-n-Post-BTB-A4-Print-B_W-2.pdf

We will be looking for help from people to deliver the postcards. If you can help email johnstewart2@btconnect.com

You can pick up postcards and posters from us in the Function Room of The Leyton Star on Monday 5th August from 4pm – 8pm. The address is 116 High St, London E15 2BX.

But, if you are unable to pick them up, we can post some to you. Email us: johnstewart2@btconnect.com

The postcards call on residents to back the existing 24 hour weekend ban on aircraft using London City.  It wants the airport drop its proposals to end the 24 hour break as well as its plans to almost double flight numbers from today’s levels and to increase flights in the early morning and late evening.

The postcard campaign will be backed up by posters, public meetings, adverts and eye-catching events to get across to people the scale of the airport’s plans.

The Postcard is to be sent to

Whatever time, it’s YOUR time.

Respond to the full consultation and #defendyourweekend at

DATES FOR YOUR DIARIES

Waltham Forest Council will be holding a public meeting in Leytonstone Library on Tues 10th September 7.30- 9.30pm to discuss the London City proposals.

And London City will be holding further consultation exhibitions at: