Letter in Maidenhead Advertiser, and also in the Slough & South Bucks Express and the Windsor, Ascot & Eton Express, showing up the misleading inaccuracies in “Back Heathrow” leaflets

Back Heathrow have distributed a leaflet that says – entirely inaccurately – that “current thinking is that electric aircraft will touch down at major international airports by 2030”, i.e. only 10 years away. That is very misleading.  A letter in the Maidenhead Advertiser, the “Slough & South Bucks Express” and “Windsor, Ascot and Eton Express”, by a local resident says that rather than purporting to be a residents’ campaign group, Back Heathrow is in fact Heathrow’s own campaigner with large funds coming from Heathrow itself. Some other misinformation Back Heathrow puts out includes claims about increased car sharing, improvements in public transport and cutting vehicle generated local air pollution. The reality is that Heathrow car sharing has been promoted for decades for thousands of employees without much success. Heathrow loves air passengers arriving by car, as it makes vast amounts of money from its car parks. Back Heathrow says a  3rd runway “will create economic growth for our nation”, the DfT’s ANPS of 2018 shows economic benefit of approximately zero (‘Net Present Value’ after costs over 60 years in the range -£2.5bn to +£2.9bn), even if the airport opened in 2026. That benefit is wiped out by it now being delayed by perhaps 4 years (3 by the CAA limit, and at least one by the Appeal Court judgement).

Read the whole letter below.

Heading:  Heathrow facts that aren’t pie in the sky.

Thursday 27th February, (the same day at the Court of Appeal verdict on Heathrow)

I am writing to reply to the letter in last week’s Viewpoint (February 20) by Parmijt Dhanda of BackHeathrow in which he welcomes debate about facts.

Rather than as it purports to be a residents campaign group, BackHeathrow is in fact Heathrow’s own campaigner with large funds coming from Heathrow itself.

He says that “Heathrow can expand and meet environmental targets by creating the largest car sharing scheme in Europe, a new ‘ultra low emissions’ vehicle charge or major improvements to public transport.”

However Heathrow car sharing has been promoted for decades for thousands of employees without much success.  It could not be applied to the millions of passenger car users who will be coaxed to the airport by the proposed new 50,000 capacity multi-storey car parks, another huge Heathrow money-spinner.

And Heathrow’s own Cargo plans show that their objective is to be “the preferred trans-atlantic gateway for Europe” with a growth in Truck-Air transit weight of 2.45 times by 2040.

There are no current or shortly planned heavy long-distance electric trucks, so this means nearly two and a half times the number of diesel heavy trucks on surrounding roads and to and from the Channel Tunnel, with commensurate increases in diesel pollution and congestion.

Heathrow are only prepared to pay £1bn of the estimated £4bn to £15bn needed for road and rail access to the airport.  So Heathrow are relying on a subsidy from the taxpayer to support their third runway.

·         The government’s own expert advisor, the Committee on Climate Change (CCC), has made it clear that offsets cannot be used to help to meet our ‘net zero’ climate target.

·         Air pollution is one of the biggest public health issues in the UK, with 40,000 people dying early every year.  Heathrow, with its planes and road traffic is already the UK’s biggest polluter and increasing its size by 50% with 700 more flights a day will make it impossible to meet air pollution limits set to protect human health.

·         He says that Heathrow expansion “will create economic growth for our nation”, however the government’s own analysis in the Department for Transport’s National Policy Statement of 2018 shows economic benefit of approximately zero (‘Net Present Value’ after costs over 60 years in the range -£2.5bn to +£2.9bn).

·         Meanwhile last year Heathrow’s mainly foreign shareholders received £800m in dividends, much, much more than the projected annual net benefit to the UK as a whole.  Also this is money taken out of the UK and so not directly benefiting the UK and local economies.

·         The Royal Borough of Windsor and Maidenhead has twice conducted polls of its residents showing that a majority do not want Heathrow expansion, which is why they are part of the 5 West London Councils, along with the Mayor of London, Friends of the Earth, Greenpeace and Climate Change lawyers Plan B who challenged expansion in the High Court.

https://www.maidenhead-advertiser.co.uk/news/your-views/156616/viewpoint-the-neighbourhood-plan-the-budget-and-noisy-libraries.html\
.
.
.
The letter was also in the “Slough & South Bucks Express” and “Windsor, Ascot and Eton Express”, on  6th March. 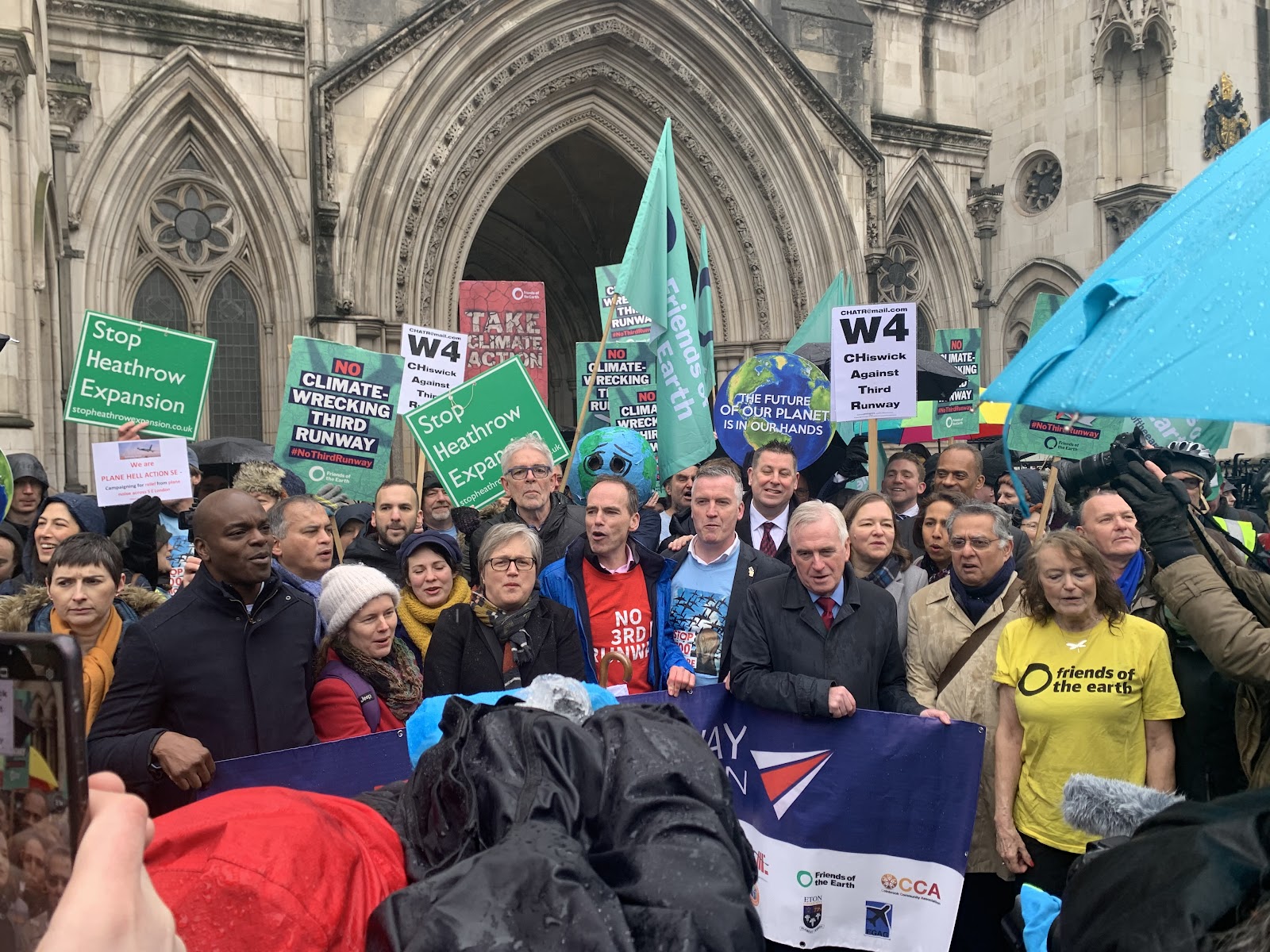