The Delta del Llobregat, one of the most important wetlands in the western Mediterranean, is being eroded on one side by the sea and on the other by Barcelona’s land-hungry airport. Before the pandemic there were already close to 90 flights an hour and, if the airport authority has its way, this will increase still further. The delta covers 920 hectares and has 14 distinct ecosystems, ranging from coastal, marshland and lagoons to pine forests and farmland. As well as being home to a birds, a colony of turtles, there are more than 1,000 plant species, including 22 varieties of orchids. In the decades-long war of flamingos versus air passengers, the flamingos have lost every round. The airport wants to extend the runway into the wetlands and build another terminal, allowing passenger numbers to rise from 55 to 70 million a year. But now the European commission has weighed in, accusing the Spanish and Catalan governments of failing to protect the wetlands and warning against a proposed expansion of the airport. The EC says the Llobregat Delta ecosystem hosts outstanding biodiversity and plays a crucial role in the migratory routes of many European bird species.
.
Tweet

The age of extinction

A plane takes off from Barcelona airport near the Delta del Llobregat wetlands. 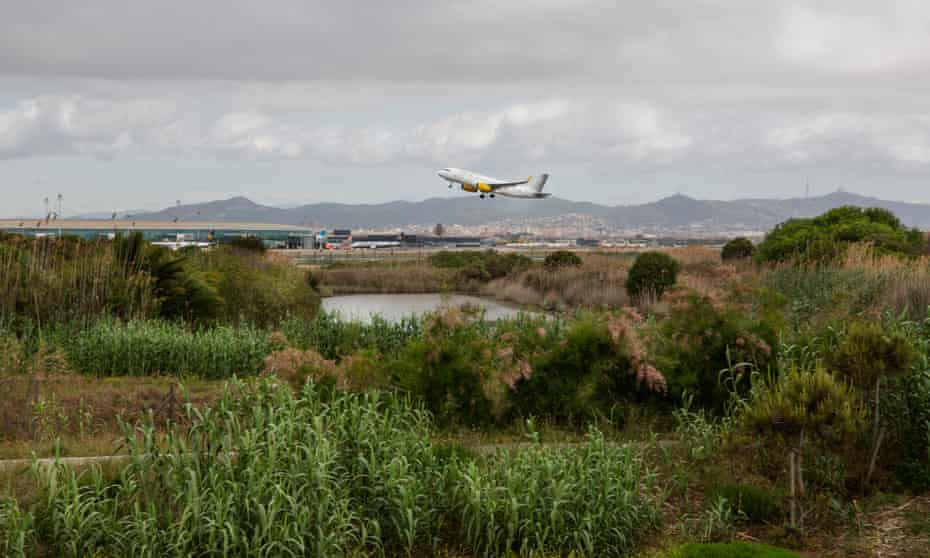 The silence is so complete it is easy to forget you are only a few minutes’ drive from the centre of Barcelona. Just the sough of the willows in the sea breeze, the splash of a fish surfacing and a heron’s cry – until the serenity is obliterated by a plane taking off.

The Delta del Llobregat, one of the most important wetlands in the western Mediterranean, is being eroded on one side by the sea and on the other by the city’s land-hungry airport. As travel to Spain is still restricted, there are few flights and it is possible to revel in the delta’s almost mesmeric tranquillity. But before the pandemic there were already close to 90 flights an hour and, if the airport authority has its way, this will increase still further.

The delta covers 920 hectares (2,280 acres) and has 14 distinct ecosystems, ranging from coastal, marshland and lagoons to pine forests and farmland. As well as being home to a colony of turtles, there are more than 1,000 plant species, including 22 varieties of orchids.

Until now, in the decades-long war of flamingos versus frequent flyers, the flamingos have lost every round. But the European commission has weighed in, accusing the Spanish and Catalan governments of failing to protect the wetlands and warning against a proposed expansion of the airport.

In giving notice that it was sending the letter, the commission noted: “Despite being one of the most densely populated regions on the Iberian Peninsula, the fragile lentic ecosystems of the Llobregat Delta hosts an outstanding biodiversity and plays a crucial role in the migratory routes of many European bird species.”

In the ensuing letter, it complained that “the adoption and implementation of a special plan for the protection of the natural areas and landscape of Llobregat delta, and an extension of the special protected area to protect the most suitable territories for the conservation of birds, have not been followed up sufficiently”.

The commission added that the Catalan and Spanish governments have not complied with their obligation to compensate for land lost to the airport, for example by digging up and renaturalising a vast and abandoned parking area for taxis that was built on protected land.

The letter was sent in response to a formal complaint first filed in 2012 by Depana, a Catalan conservation group, whose vice-president, José García, grew up in the delta and has witnessed the slow decimation of an area that is home to more than 350 species of birds and a key resting place on north-south migration routes.

For years Depana has been battling the national and regional governments as well as Aena, the airport authority, to save the delta.

“What’s new, is we’re at the start of a judicial process,” says García. “The areas where the airport wants to expand are part of the EU’s Nature 2000 bird protection network and to do that it needs permission from the European commission, and the commission has made it plain that permission won’t be forthcoming.”

Barcelona airport is Europe’s sixth busiest. It expanded rapidly for the 1992 Olympics and again in 2009, when a new terminal was built near the existing one, which is now practically abandoned. Now Aena is pushing a €1.7bn (£1.4bn) expansion that would rip through the heart of what’s left of the delta.

“The airport has to become an international hub and we can’t miss out on this new opportunity to put Barcelona on the map,” says Josep Sánchez Llibre, president of Foment de Treball, the Catalan business association.

Under the plan, which would extend the runway into the wetlands and involve building another terminal, passenger numbers would rise from 55 to 70 million a year.

Barcelona city council, which doesn’t have jurisdiction over the airport, has rejected the plan as “a bacchanalia of sectors stuck in the past”.

“We’re always in favour of investment but not of 20th-century proposals that have no future,” says Janet Sanz, the deputy mayor. The council wants journeys of less than 2.5 hours to be made by train.

Construction and grand projects are, however, a driving force in the Spanish economy. The key players – the Spanish and Catalan governments and Aena, a private entity in which the state has a 51% stake – have a shared worldview of the airport expansion project.

“The interests of Aena trump those of the Catalan or Spanish governments, who always give in to Aena’s demands,” says Cristina Sánchez, the Catalonia delegate of the Spanish Ornithological Society. “Aena has more negotiating power, it can offer to create jobs and other benefits for Barcelona, and these are financial benefits that are very interesting to the other players. 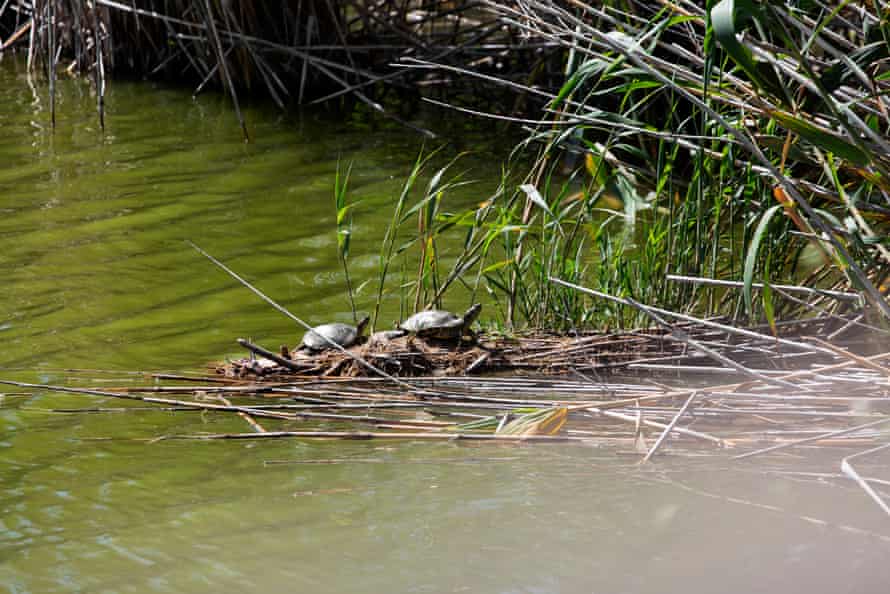 “This letter from the European commission may change everything, but up to now the Catalan government has never stood up for or managed this space against the airport’s interests.”

While the airport is the responsibility of Aena and the Spanish government, the regional government is responsible for the environment and complying with directives on wildlife protection.

Ferran Miralles, a Catalan government environment spokesman, says the administration will comply with the EU’s demands to create a special protected area as designated by the EU directive on the conservation of wild birds and recover some of the land that has been lost to construction, but is unable to say where or when the work will be carried out.

“We’re working on it. It’s impossible to go any faster,” Miralles says.

Before the financial crash of 2008, Spain’s national and regional governments squandered millions on pharaonic projects designed less to fulfil a social need than to enhance the prestige of politicians. These included at least three airports that were either never used or abandoned, unfinished cultural centres, high-speed rail links with almost no passengers and a state-of-the-art film studio that hasn’t produced a movie since 2012.

Money has been scarce, but with Brussels offering billions in post-pandemic aid, there are fears that Spain will revert to its bad old ways.

“We want to make sure that if there’s funding from Europe to protect the delta, it isn’t used for anything else,” says García.

“Aside from the commercial interests, this is all about the competition between Madrid and Barcelona. If Madrid has X, we have to have double X.”